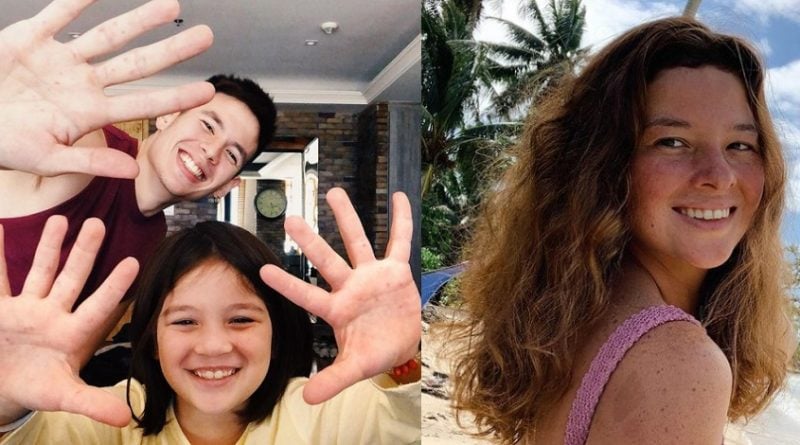 Hearing a lot of positive comments from social media users about his bond with his daughter Ellie, Jake Ejercito took time to thank his child’s mother Andi Eigenmann for being “a great co-parent.

On Facebook, Jake uploaded a video with a hrtwarming caption about parenthood.

“Been receiving lots of positive comments about me being a ‘good’ dad to Ellie. Though I am truly humbled by and appreciate all the kind words, I honestly don’t think I’m doing anything special. I’m just trying to be the best dad for my daughter,” he expressed.

“With that said, I’d also like to point out that I couldn’t have done it alone, especially at the beginning at such a young age and in a less than ideal situation. God knows how it would’ve turned out without the guidance and support extended to me/us by my parents, siblings, relatives, friends, and our kasambahays. And of course, Andi’s been a great co-parent too. They’re da real MVPs!” he continued.

Jake also said it takes a village to raise a kid and they are blessed to have an “awesome one”.

“The photos and videos you see are mostly just me and Ellie, but it does take a village to raise a child and boy, we do have an awesome one,” he wrote.

Leaving her luxurious lie and her showbiz career, Andi has no regrets for she believes that the island is where she truly belongs.

It was in October 2018 when Andi revealed being in a relationship with professional surfer Philmar; the first Champion of the Philippine Surfing Championship Tour Men’s Division (2017). In December 2020, the couple announced their engagement.