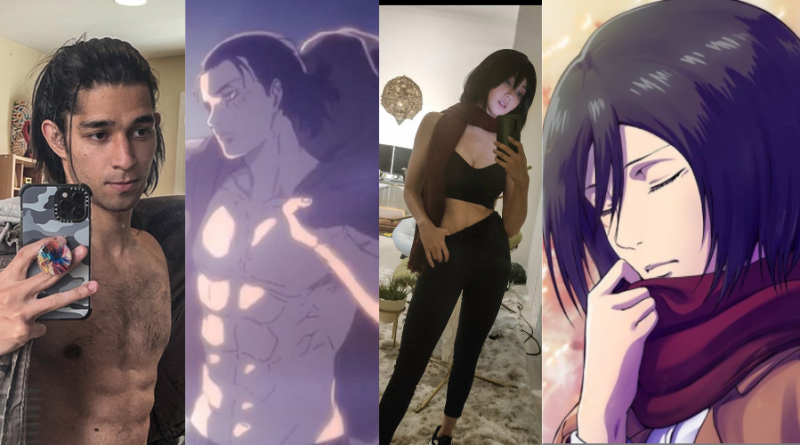 Most Filipinos are getting hooked in reading manga comics and watching anime series. Anime and manga are influence from Japan, they became a global hit because of unique story lines and iconic characters they produce.

Some of the manga series that were first published into print have been adapted into an anime or film. And one of the most talked about anime today is the “Shingeki no Kyojin” or also known for its English title, “Atack on Titan.”

Recently, content creator and well-known female game streamer Alodia Gosiengfiao shared photos of Shingeki no Kyojin main characters that they have cosplayed. She dressed up as the female protagonist Mikasa Ackerman, while her boyfriend, vlogger Wil Dasovich cosplayed the male lead Eren Jaeger.

On her Facebook page with over  7 million followers, Alodia posted a collage photo with Wil and their friend, Malaysian cosplayer Hakken (as Levi Ackerman). The photo has already gathered more than 119,000 reactions (mostly heart react) and over 14,000 shares from Shingeki no Kyojin fans.

Alodia added the caption, “Make this happen? Who else can we add?” which made the anime fans even more excited. The comment section was filled by fans with various photos of whom they think should be added as a cosplayer for Shingeki no Kyojin characters.

Currently, updated episodes from season 1 to 4 of Shingeki no Kyojin are available on Netflix and the anime remains at the top 10 of Netflix Philippines. Before becoming an anime, Shingeki no Kyojin was first known as a manga series about a world where humanity lives inside cities surrounded by enormous walls that protect them from the titans.

The manga was also adapted into a live-action movie that was released in 2015.