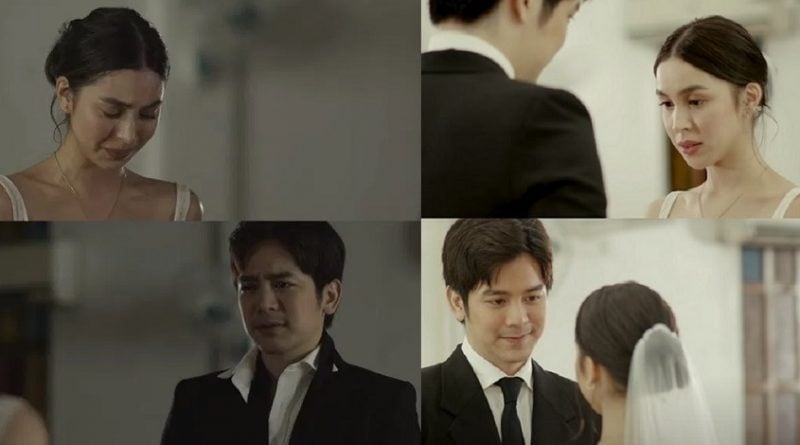 Watching Joshua Garcia and Julia Barretto together in one project has been bittersweet for JoshLia fans who found both comfort and hrtache in the music video of Moira Dela Torre’s popular song “Paubaya”.

In the music video, Julia played the role of a runaway bride who returned to the church where her supposed wedding with her groom, Joshua, was set. There, she found Joshua, who stayed put even after she’d left. In tears, the two apologized to each other; recognizing their flaws and honoring their glory days.

“Julia was judged by almost everyone before without knowing the reason why it happened and that caused her breakdown that she can’t even sleep and eat well. Good thing that she is strong enough to handle those problems with the help of her family and true friends. She’s just broken and made mistakes and Joshua, as well,” Just Peonnny said. “Let’s just be happy for them for forgiving each other. No one is perfect. We are all driven by our emotions. Let’s not judge. We don’t know everything. God bless Joshlia. Wish you happiness!”

While Karen De Lara hopes, “In God’s perfect timing, both Joshua and Julia will have what they deserve. (Even you.) Paubaya lang talaga natin sa Kanya.”

As of posting, the JoshLia-lead “Paubaya” music video has generated more than 850,000 likes and over 10  million views. Incidentally, many poured their sentiments as well as their own similar story of hearche. Thought-provoking music video, indeed.