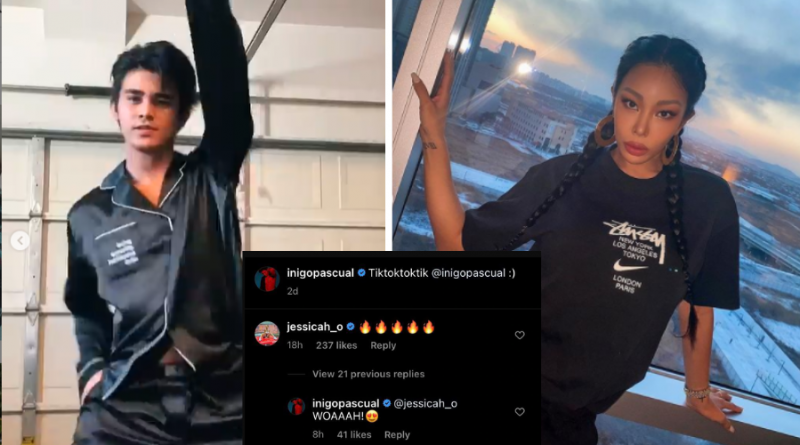 Not only known as the son of “the” Piolo Pascual, but Iñigo Pascual has created his own name and identity in the showbiz industry with his genuine talent in singing and dancing.

With the social media platforms, Iñigo has been showcasing his talent in singing and dancing by uploading videos of himself. And recently, the 23-year-old Filipino singer-dancer just joined the craze of creating TikTok videos.

On his Instagram account, Iñigo uploaded two TikTok videos of himself — one of which is a dance cover of an upbeat Korean song “Nunu Nana” by Korean-American rapper Jessi.

Through his smooth moves and swag, it’s no wonder that Jessi herself noticed the dance cover of Iñigo  and even left a comment on his post: not one, but five fire emojis!

Filipino fans are quick to notice Jessi’s comment on Iñigo’s TikTok video and the Filipino singer-dancer couldn’t help but to fanboy and reply “WOAAAH!” Iñigo even posted a screenshot of the comment on his Twitter account with the caption: “BROOOOOO! JESSI commented! #NUNUNANA”

The song Nunu Nana is the title track from Jessi’s “Nuna” album which was released last July 30, 2020. Jessi is under the management of P Nation, a company owned by another famous South Korean artist, Psy.

Iñigo, like many, is a big fan of K-pop artists and idols. Recently he reacted to the news about the K-pop boy band GOT7 disbandment. It was reported that the group’s members are leaving their management, JYP Entertainment.

Watch the video of here: