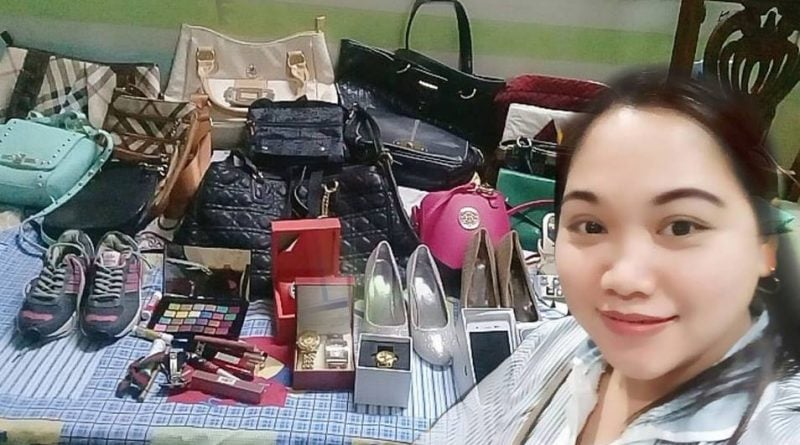 While we hear of many stories about maids not being fed by their employers or even suffering from worse predicaments where they work in the Middle East, one lucky Filipina recently went viral for the wonderful gifts she received from her employers.

Mhai San Pedro, 31, decided to work as maid in the Middle East so she could take her family out of poverty. Living in a shanty and surviving on eggs day after day, Mhai knew she had to do something so her children will have a better life.

She and her husband were both working as factory workers but the meager salary wasn’t enough to meet their needs. What’s worse, their third child was born with a pulmonary condition; they were soon deep in debt as the child had to be constantly brought to the hospital.

So, she became a domestic helper and was assigned to a family in Saudi Arabia. Mhai worked hard at her employer’s house and she was treated not just with kindness but also with generosity.

They lavished her with gifts – everything from designer bags to shoes, makeup, perfume, and even cellphones.

After learning that her family lives in a shanty, her employers pitched in so Mhai could build her dream house. In the 8 months that she worked at her employers, they had not only given her the salary she was supposed to receive but also sent extra cash to build the house.

Aside from helping her out with the house construction, Mhai’s kind employers also gave her money to pay for her child’s hospital bills.

“Everyone in the family contributed – including their relatives. I felt hopeless that time and was in surprised when they gave me money for my daughter – I was overjoyed,” she said in Filipino.