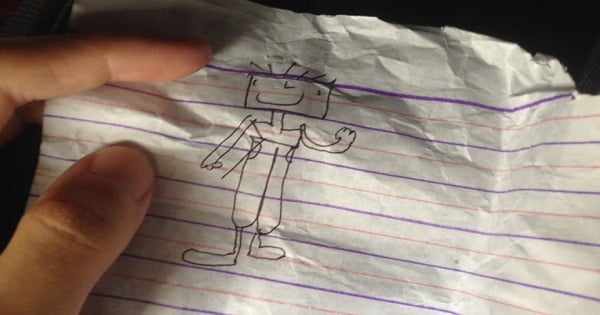 While there are students who refuse to go to school because their parents don’t have money to give them as baon (allowance), there are also those who find a way to have one by doing chores, helping sell things like kakanins and other food, or even scavenging trash bins for recyclable items they can sell at junk shops.

Anyway, there’s this one student in Nueva Ecija who recently went viral after she was absent from school because she didn’t have baon. Help has poured in for the girl, to ensure she never goes absent for lack of baon again.

But there’s this kid along España, Manila who went viral for a different reason – she is selling her drawings so she can have baon for school!

Netizen Bryan (@BryTooot) shared on Twitter a photo of a drawing on a sheet of what appears to be a Grade 1 pad paper.

According to Bryan, the girl approached him while he was waiting for a jeep.

Curious, Bryan asked the girl to show him the paintings – and she handed him a handful of paper filled with various drawings. He took one, giving her half his allowance for the day though he did not disclose how much that was.

While some netizens think buying that drawing was useless, Bryan earned praise from many for giving the kid extra money for baon so she can also go to school like the others.

With so many kids just asking for alms in the streets, it’s nice to see that there’s this little dreamer who’s using her drawings so she can fulfill her dreams.

EXTRA NOTE: Kids, having no baon should not stop you from going to school!