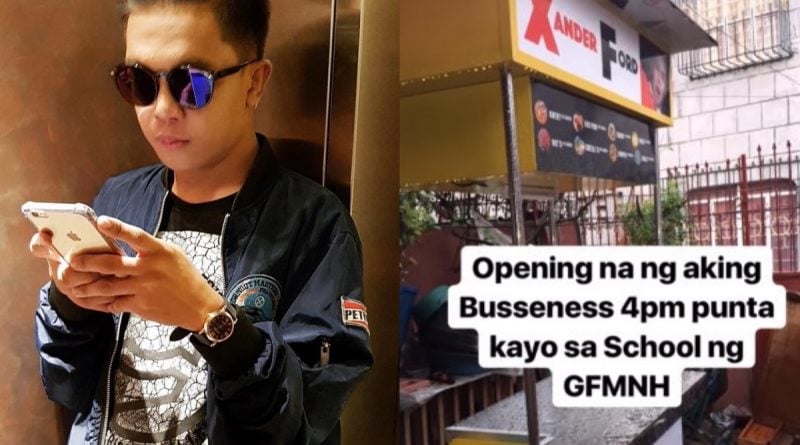 Celebrities come and go. As a TV and movie personality, it is important to maintain your popularity. For some people, even if they are controversial, it is okay long as they will be the talk of the town.

Unfortunately, some celebrities are known because of their haters. One of them is the social media star, Xander Ford.

Known by his former name Marlou Arizala, Xander became one of the much talked about person last year and this year because of his plastic surgery. He rose to stardom because of his cringe yet hilarious parodies on social media. People either love him or hate him.

After his plastic surgery, Xander Ford has become less and less visible in the showbiz industry and social media. From his recent break-up with his girlfriend and other unfortunate events in his life, he still tried to make himself relevant. Many people thought that after his surgery, he will start to get new shows and rackets. However, in the middle of promotion, Xander went on vacation, saying that he’s tired of his busy schedule.

In his latest update, Xander claimed that he will appear in the Kapamilya TV show Bagani.

But before we will see him on the small screen, he is busy managing his new business venture. According to his recent update via Instagram Stories, Xander is a proud owner of a food stall near the Governor Ferrer Memorial National High School in General Trias, Cavite.

It is good to see that despite the unfortunate events in his life, Xander is still strong as ever.

A lot of people are happy to know that instead of posting negative things on social media, he is now staying away from it and pursuing a different career. Many netizens praised Xander for his new business venture and wished that he will succeed in his new career path.

What can you say about this? Do you miss Xander Ford too?