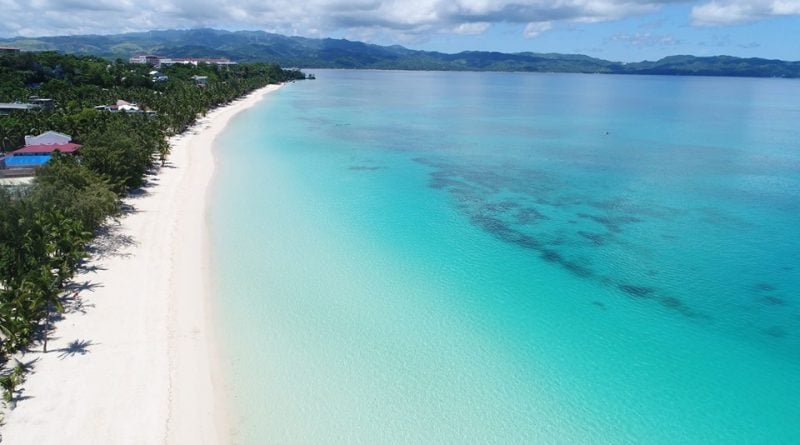 When President Rody Duterte ordered the closure of Boracay island to tourists last April 26, for a 6-month cleanup, a lot of people protested the move.

Many got angry that the island was closed, mostly because this would mean loss of income to many workers and business establishments. A lot also thought a cleanup could never really clean the place up.

Fast forward to 57 days later, the island looks so different from how it looked before the shutdown.

The coasts were no longer lined with beach chairs, trash, souvenir shops, and bars. Instead of man-made structures cluttering the beach, the beaches now look fresh and untouched. With no clutter on the beach, the island’s white sand beaches look more inviting than ever before!

Many people were also amazed that the icky, greenish waters filled with algae were gone, replaced by pristine turquoise sea all over again.

For years, people have abused the island. For countless years, tourists cluttered the island and left it damaged.

But the photos shared by Agriculture Secretary Manny Piñol showed that reclaiming Boracay’s natural beauty is not an impossibility. In fact, the cleanup has progressed so quickly that as early as now, the Inter-Agency Task Force on the Rehabilitation of Boracay Island headed by Environmental Secretary Roy Cimatu announced that the shutdown will end as scheduled on October 26.

So, you can now start booking your trips to Boracay, with the travel date starting from October 27, onwards.

Now that Boracay has been rehabilitated, it would surely be more exciting and fun to visit the island!

It can be recalled that Boracay became a popular tourist spot due to its white sand beaches – and these beaches have become beautiful once more.

Let’s go to Boracay! But remember to keep the place clean and beautiful – we wouldn’t want to experience another shutdown anytime soon!