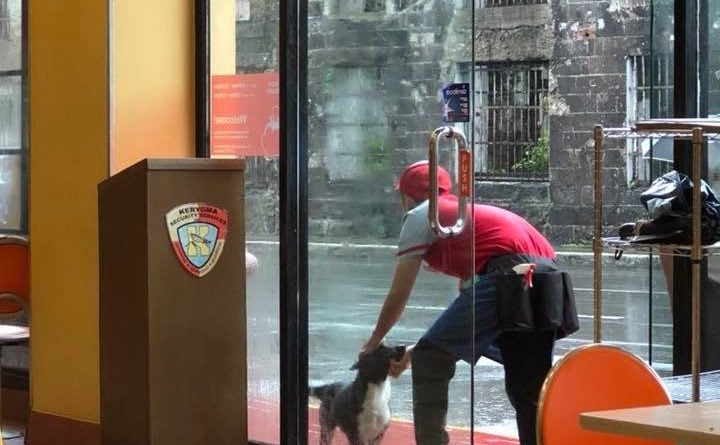 After the long summer season, Metro Manila and other parts of the Philippines are drenched and flooded. Along with the thunder and waterfall that the monsoon came with, a lot of Filipinos cannot help but feel sad too. There is something about the sound of rain and the gloomy weather that makes us feel melancholic. 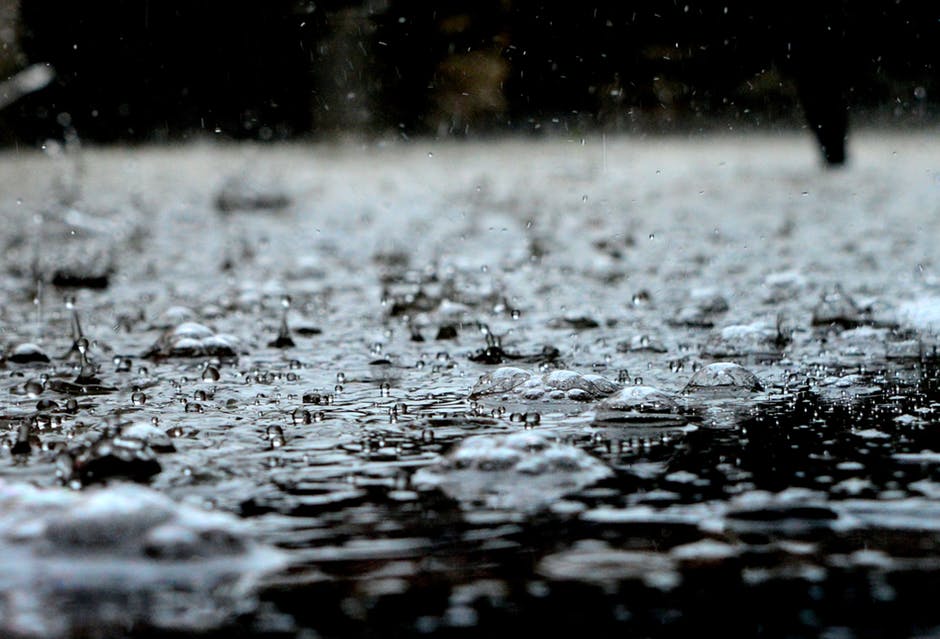 But there are also some uplifting moments happening during the rainy days which will just put smiles on our faces. One of them is the photo of a heartwarming sight witnessed by a netizen named Joy Ong. The incident happened in one of the most unexpected yet happiest place for many Filipinos: Jollibee.

We’re used to seeing many restaurants, big or small, turning away the stray animals. This is not surprising because this is for the customer’s sanitation and security as well as in maintaining the cleanliness and orderliness of the whole restaurant. It is rare to see animals wandering around the vicinity as either the security guards or the crew members make sure that there are no animals roaming around.

However, as Joy was in the fast food chain one morning, she was surprised to see a Jollibee crew member playing with a stray dog. The sight of the crew in the Jollibee branch, located near the Bureau of Immigration, was surprising yet heartwarming, even if it’s just a gentle gesture. According to another Facebook user, the crew member behind the viral photo is John Avery. 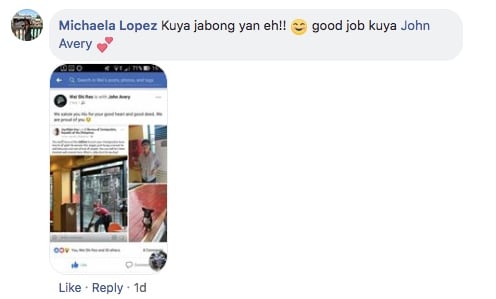 It’s also evident that the stray animal was well-behaved while the crew member was touching its head and playing with it. The social media user observed that the people in this Jollibee branch must be treating the dog well as it is not afraid of interacting with people.

After seeing the now viral photo, other social media users cannot help but commend not only the kind crew member but also the Jollibee branch. 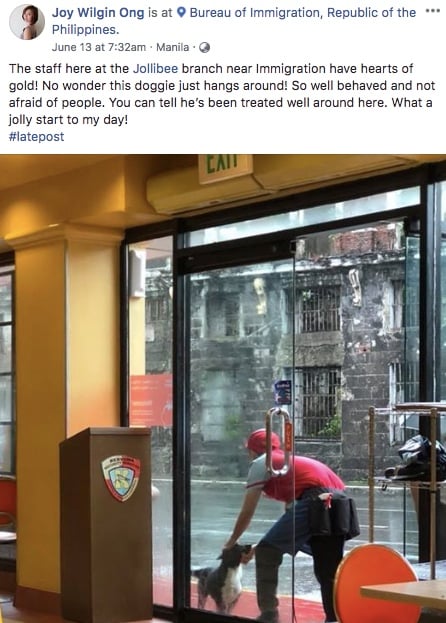 Are you touched with this story as well?