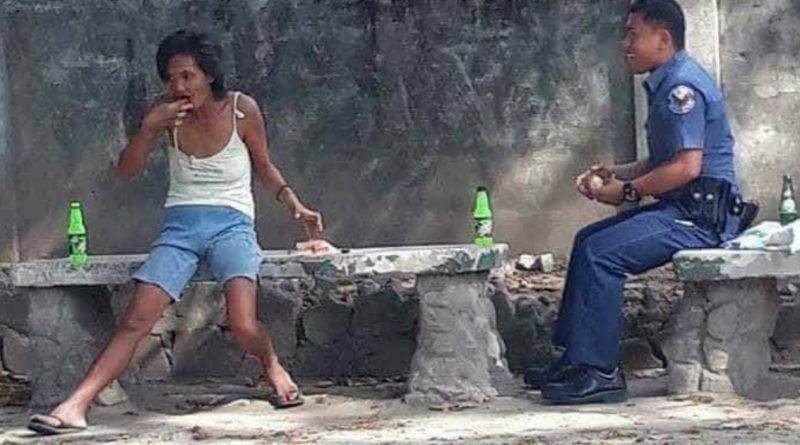 Police officers are like superheroes: They are tasked to protect people against all kinds of harms. They are risking their lives to keep the country safe and free from criminals.

It is not a secret to all of us that unfortunately, there are officers who forget the true essence of their jobs: Some of them are found guilty of committing a felony and being the head of a larger form of criminal activities. Fortunately, these suspects were apprehended immediately.

Because of these bad image, people cannot help but wonder if there are still people who are serving the country willingly and wholeheartedly: Yes, we still have a lot!

One of them is this police officer who was caught on camera by a passerby.

By just looking at the first photo, we might think that it’s just an ordinary merienda time for the police officer, but it is just a part of a much bigger picture. The police officer is enjoying his snack time with a person with a disability.

According to the netizen who captured the priceless moment, the officer was talking to the woman even if he’s not getting any concrete answers at all. He also bought her a burger and soft drinks while both of them enjoy their snacks.

Upon seeing the actions made by the unnamed kind officer, many people are touched. A lot of them wishes that he serves as an example not only to police officers but to everyone to help those in need. 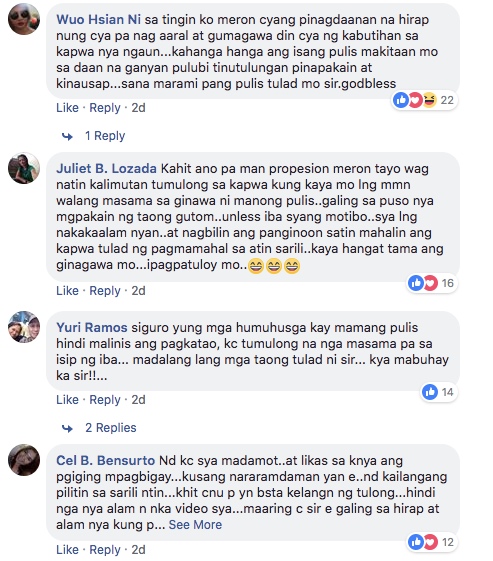 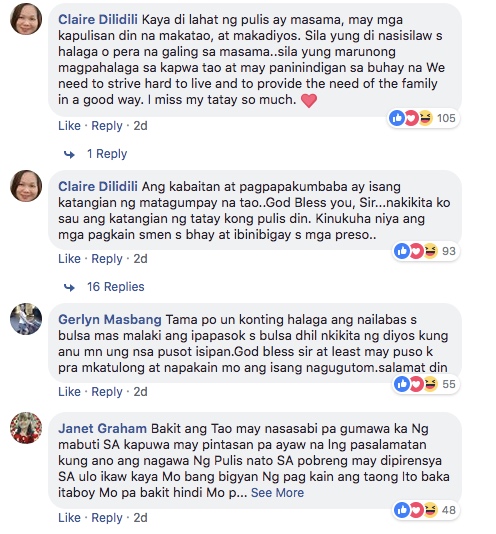 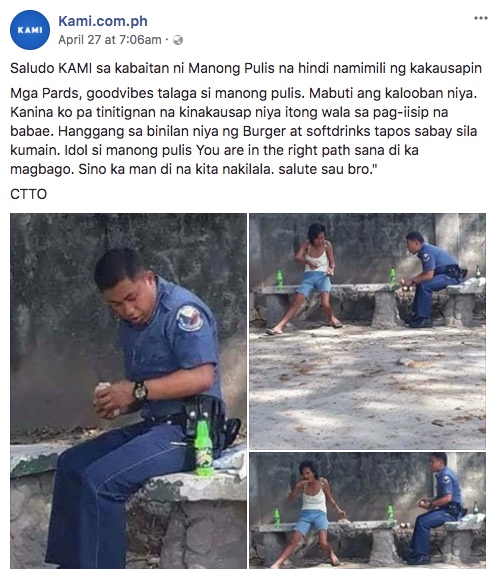 Do you also have great experiences with our public servants?

Salute to you, kind Sir! You are a great example to all of us!