When you ask other people, a lot of them will say that they want to work as Overseas Filipino Workers because of the amount of money they can earn. Some people would often express their desires to work abroad because of the employment opportunities that come with it.

Not all of us know that these OFWs are enduring the hardship and the loneliness of working abroad just to provide the financial necessities of their families. In fact, most of these Filipino migrant workers didn’t have any choice but to leave their families and loved ones to work abroad due to the lack of opportunities and low salary in the country.

Although they are already sacrificing their comfort and happiness for their loved ones, some people cannot appreciate all their sacrifices. An OFW asked the help of Raffy Tulfo and his public service show, Raffy Tulfo in Action, to talk to his girlfriend and get a portion of the money he sent to her.

The Pinoy OFW named Glendo Dumanacal went to Raffy Tulfo to complain about his former live-in partner who went with another man after receiving the money he sent totaling to roughly P3 million.

Glendo narrated how he consistently sent mostly allowance to his girlfriend, Connie Tajor, after she resigned as an OFW in Saudi Arabia. He supported her family and her two children by sending a minimum of P23,000 every month. He even bought her a car after she requested for a vehicle she can use as a service.

Little did Glendo know that the car he bought will start Connie’s infidelity.

The OFW learned that his live-in partner was already cheating and formed a relationship with an ambulance driver. This ambulance driver happened to be the person who taught Connie how to drive the car.

To make matters worse, Glendo revealed that the children he is supporting are not his kids. Connie urged him to send her money to send her children to exclusive schools. She even told him that it’s his obligation to support them financially.

When he tried talking to the third party, the ambulance driver threatened him that he’s a hitman and he’s not safe.

Glendo just wanted to get his money back but according to Raffy, he might not be able to get his money anymore since there is no written agreement and he sent the money willingly. The car, unfortunately, was not also under his name but under Connie’s father.

Watch the video here for the full details: 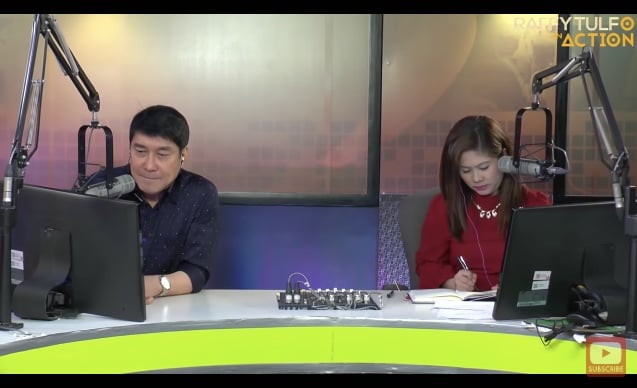 It’s saddening and angering to know that some people are resorting to lying and cheating other people to earn easy money. Hopefully, Glendo will find happiness even after getting his heart and pocket broken.

What can you say about this?