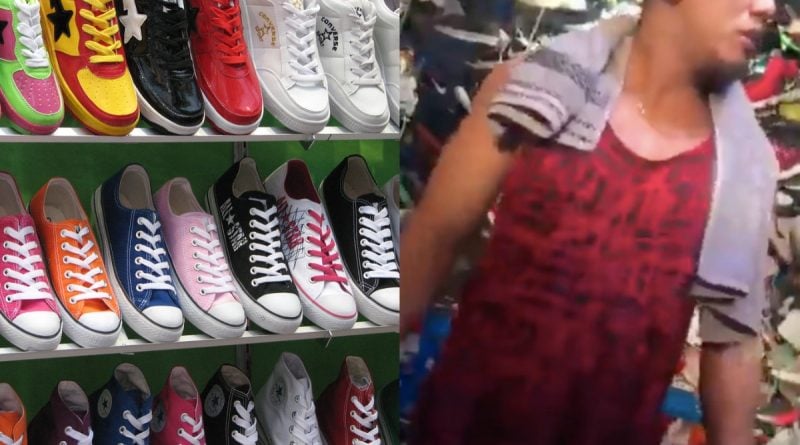 These days, there are many modus operandi used by people who are desperate to earn a huge amount of money in an instant, even if it means getting it from other people who worked hard for the cash. The government is continuously advising people to be more vigilant and aware of their transactions with other people to prevent falling victim of these people’s various modus.

Recently, a tricky modus operandi of a shoe vendor was exposed. The shoe vendor, who was scamming his customers at Baclaran, was caught on the act through a video and was exposed on social media.

The Facebook page Viral News uploaded a video footage of a female customer who was complaining about the shoe vendor who allegedly tricked them. According to the furious customer, they bought a pair of shoe from a store in Baclaran. However, instead of getting the size and color that she initially chose, she received an unfit pair which has different size and color. When the lady went back to the store to exchange the pair, the vendor got angry. According to him, the buyers shouted at him, triggering his anger. It also came to a point when the vendor hit the guy who’s with the buyer. Luckily, the other owners of the stall were there and pacified the furious vendor. However, in the end, the customer was not able to get a refund. It is also unknown whether she was able to get another pair that she fancies since according to the other vendor, the one she chose is already an old stock and possibly, there are no more pairs. They have a “No Return, No Exchange” policy. Read the story here: 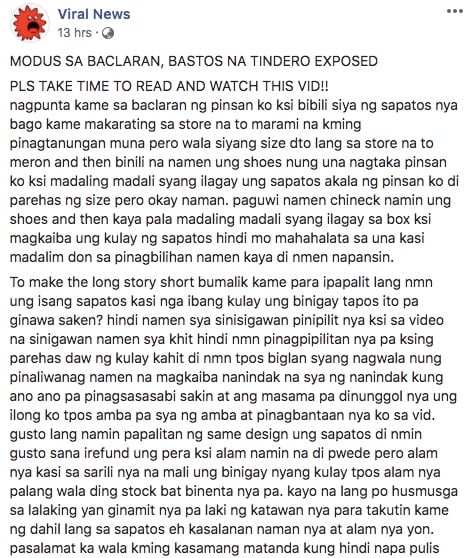 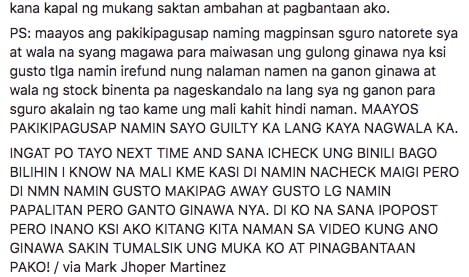 What can you say about this? If you are in their shoes, what do you think you will do?