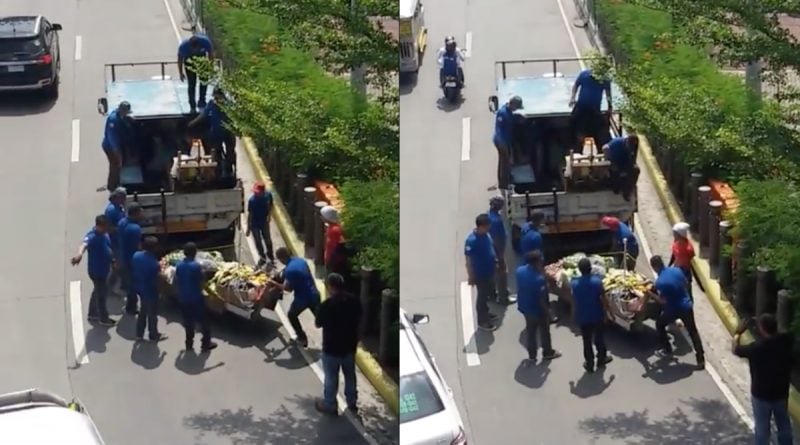 The government is now making an effort to maintain the cleanliness of the streets. They are clearing the streets from illegal vendors who are causing traffic congestions along the road.

The Metropolitan Manila Development Authority or MMDA is a government agency tasked to constitute Metro Manila for special development. They are operating by cleaning the streets and watching out for the road for any accidents or offenders.

A Facebook user named Joevet Aliscad uploaded the video footage of an MMDA personnel confiscating the cart of a street vendor. In the said video, it can be seen that the poor street vendor was staring at the MMDA officers who are hauling his cart containing different fruits and vegetables.

After a few moments, the fruits and vegetable vendor assisted the MMDA personnel in moving his cart into the vehicle along with another cart, probably hoping to get at least a portion of his products.

According to the person who posted the video, the vendor was walking on the street while pushing his cart full of various items. The MMDA officers suddenly stopped in front of him and forcefully took his products.

The video garnered sympathy and anger from the netizens. Many people pity the vendor and are agitated by the officers’ action. 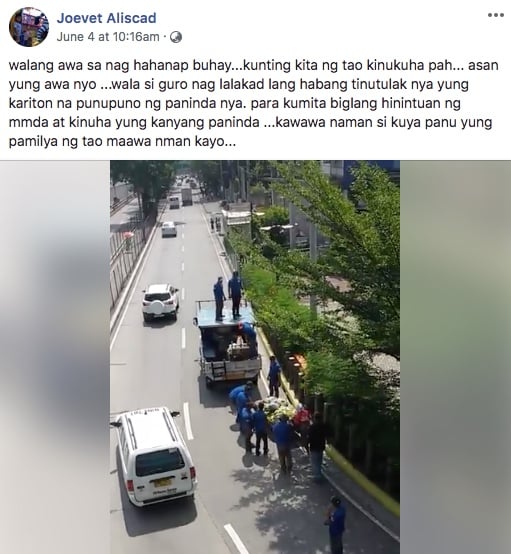 What can you say about this incident? Do you sympathize with the vendor as well or do you think the MMDA officers did the right thing?