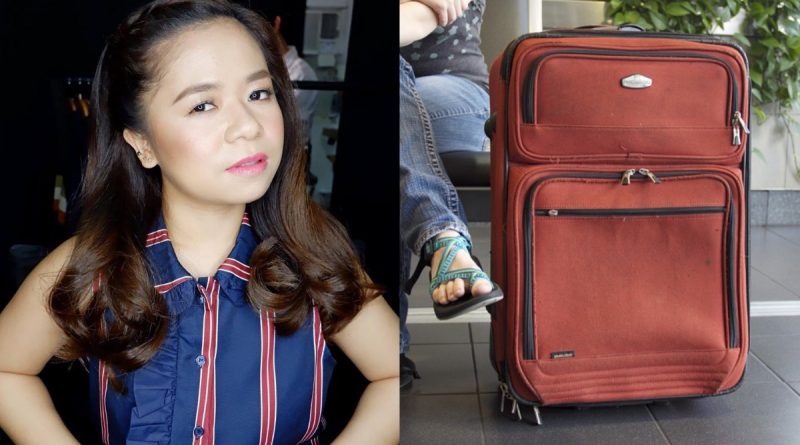 There are many stories about luggage and packages going missing in airports. Many passengers are left disappointed with the services extended to them and until now, there is no confirmation whether they will get the luggage and the items back.

These horror stories know no exceptions: Even famous TV and movie personalities experienced it. Can you remember the viral story of Kim Chu after she lost her luggage, which contained some of her important things, at a Canadian airport?

Unfortunately, another celebrity, comedienne Kiray Celis, also experienced the same thing from a local airline. Kiray complained about allegedly losing her stuff. In a post on Instagram, Kiray claimed that she was bound for Davao for a show and they checked in two bags.

When they arrived in Davao, they were surprised and shocked to discover that one of the bags they checked-in has gone missing!

Kiray added that when they asked the crew for their missing bag, they were told that the bag could have been left in Manila or went to a different flight. Since she went to Davao for work, the comedienne complained that she has no more clothes to wear.

The airline’s response was unfortunately disappointing. Although they apologized to them, they only offered P3,000 for every 24 hours that the bag is not found.

Kiray expressed that the funny thing about the incident is that she paid more so she can bring a luggage and not suffer from the hassle. She also stated that the blouse she brought for work costs more than the amount the airline wants to pay.

Many followers agree with the comedienne. Some even expressed how lucky she is since they also experienced the same thing but were never compensated. 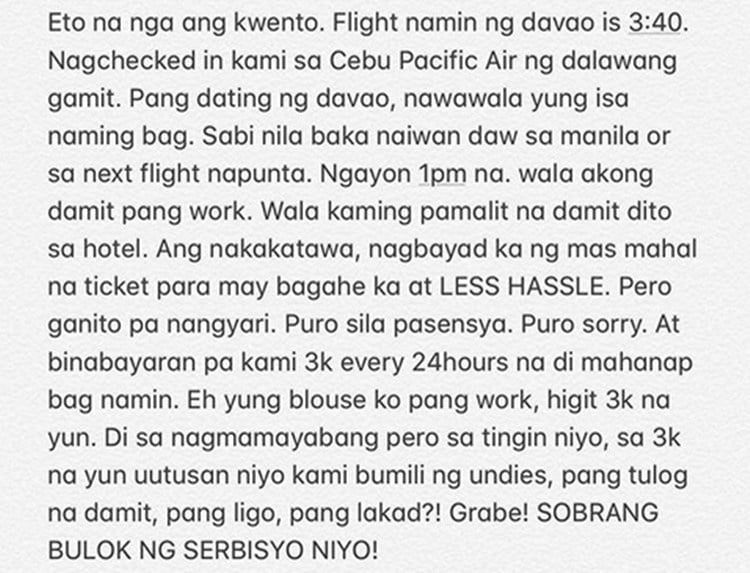 If you are in Kiray’s shoes, what will you do? Will you demand more compensation for the lost luggage?