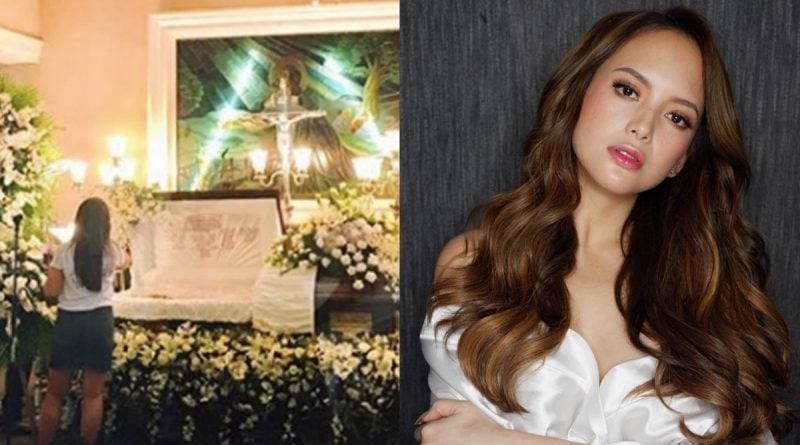 With all the controversies that Kapamilya actress Ellen Adarna is facing, she was able to confidently and strongly face them all. She always kept a brave and happy personality, even if a lot of people are throwing hate and negativity on her and her alleged relationship with actor John Lloyd Cruz. From the recent Paparazzi controversy to the pregnant photos from Amanpulo, it seems that everything that the actress is doing, people are always talking about it.

But despite her positive personality, unfortunately, this is one of the challenges that will surely take a toll on her life. Mr. Alan Modesto Adarna, the father of the actress, is no longer with us.

As reported by the Philippine Entertainment Portal, the head of the Adarna family allegedly suffered a cardiac episode which took his life.

A Cebu-based florist with the Instagram username @floraltouchbychaty also shared in a now deleted post last Saturday, extending her condolences to the Adarna Family.

Our condolences and prayers to the Adarna’s family. God grant you Eternal Peace Sir Alan Adarna.

When a netizen asked the florist if she is referring to the father of Ellen, she replied in the affirmative. 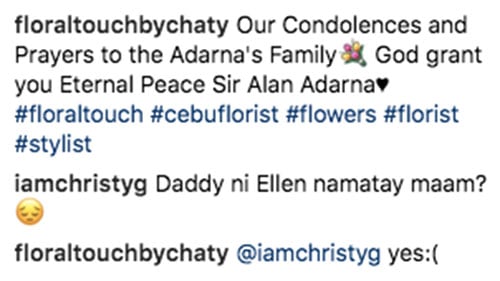 A source of PEP.ph also stated that Mr. Adarna’s remains is currently in the Cosmopolitan Memorial Chapels, Inc. located in Madaue, Cebu. Currently, there is still no official posts or statements coming from the members of the family.

The Adarna family is behind the Queensland chain of motels, which has several branches in Cebu, Manila, and Davao. They also own different hotels, resorts, and condominiums around the country.

The family also built the famous Temple of Leah, which is dubbed as the Taj Mahal of the Philippines. The affluent family in Cebu is in the construction business.

Our condolences to the Adarna family. We are praying for Mr. Adarna’s peaceful passing.