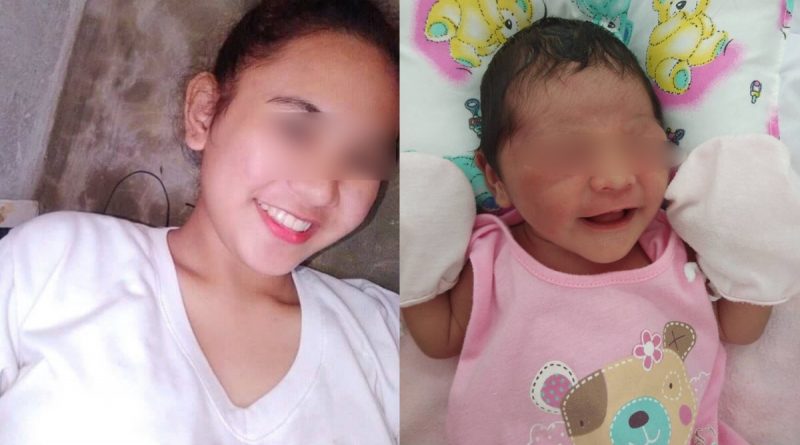 The birth of a newborn baby is a celebration for many families. The new parents are excited to see their offspring while the grandparents would like to hold their grandchildren immediately.

However, there are cases when the birth of a newborn can take the family by surprise, like what happened to this story.

A Facebook user shares a post regarding the secret pregnant of her 16-year-old sister and how she surprisingly gave birth at home, much to the shock of the whole family.

On the night of June 2, the netizen saw her sister named JD in the comfort room while cradling a newborn baby in her arms. She was surprised to know that her sister went into labor after keeping her pregnancy in secret.

The young girl even cut the umbilical cord herself.

However, the Facebook user cannot seem to fathom as to why her teenage sister chose to keep it from the family, instead of letting their parents know. To cut their parent’s suspicions, the young woman even told their mother that her menstruation got delayed for two months.

Everyone in their house was frantic and did not know what to do. Her father even saw the baby wriggling violently. Luckily, he was quick enough to give the baby a mouth to mouth resuscitation and slapped her buttocks until she cried and inhaled her first breath. 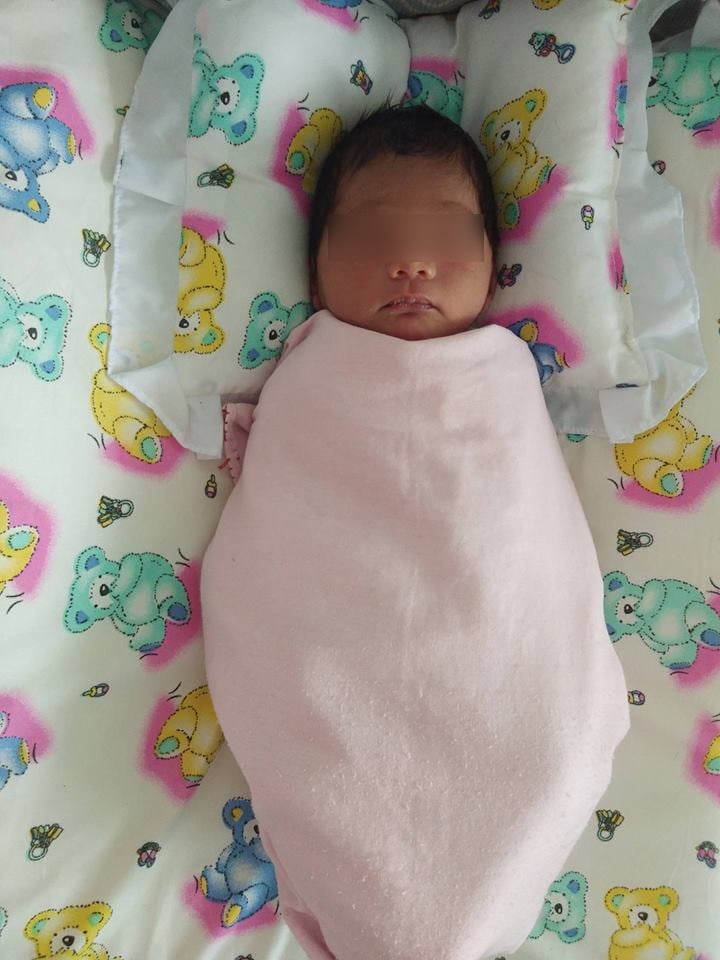 The family immediately rushed the 16-year-old new mother and her baby to a hospital. They were quickly aided by a doctor.

However, even if the baby and the young mother were both physically okay, the Facebook user know that this is a traumatic experience for her sister. According to her, the doctors and their lawyer advised them to seek psychiatric help so she can cope better.

The baby and the new mother are recovering and will soon be out of the hospital. 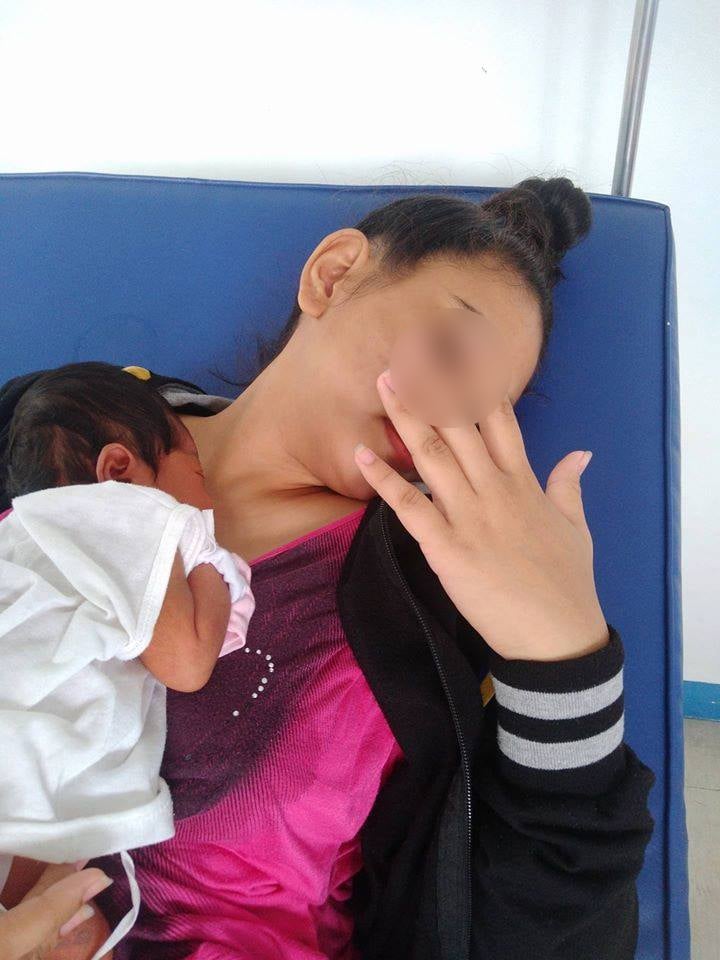 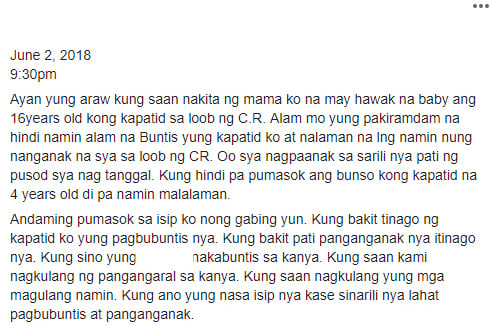 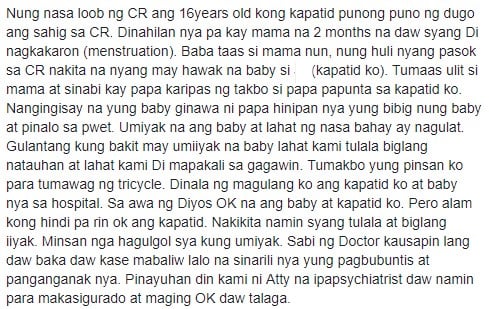 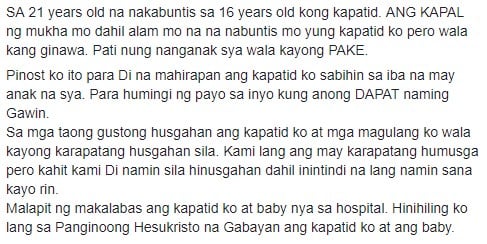 Everyone has their own story. Let us not quickly jump into conclusion as to why there are teenage parents, especially young mothers.