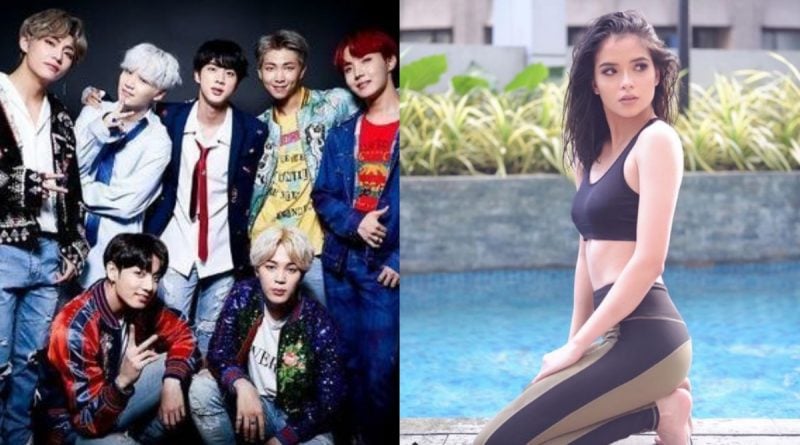 It is not a secret that Korean boy group BTS, short for Bangtan Sonyeondan Hangul, is one of the most popular Korean boy band group, not only in South Korea but in many countries around the world — the Philippines included. Their songs are on top of the Billboard charts and we often read stories about them on Facebook.

Their popularity is brought not only by their immense talents, fashion styles, and good looks but also because of the legion of fans that they have. Their fans, known as ARMY or Adorable Representative MC for Youth, are very supportive and protective of the group.

But just recently, the Pinoy BTS Army went into trouble after TV Personality Kelley Day used the acronym BTS in one of her Instagram posts.

The actress and model captioned her photo, posing next to a swimming pool, with the word BTS. She also added the phrase “not the group” for clarification.

Surprisingly, the seemingly innocent post offended some of the Korean group’s fans.

The comment section of the controversial photo blew up with ARMYs accusing the Girltrends member of insulting their beloved idols. One fan, in particular, ordered Kelley to apologize not only to the ARMYs but also to BTS. She also told the TV personality to delete the said photo.

Kelley responded to the said comment. According to her, she’s not a Kpop fan and is not aware that there are overprotective fans. Although she’s aware that BTS is a group, her desired caption is not about them.

Many of the netizen’s followers also came to her rescue and said that there are many meanings behind BTS. There are even some of the fans of the group who defended Kelley and apologized on behalf of the ARMYs. 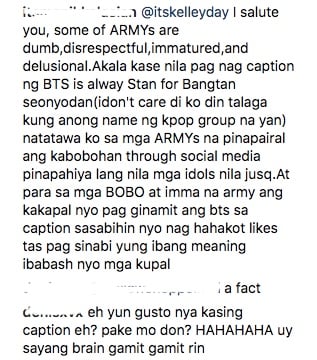 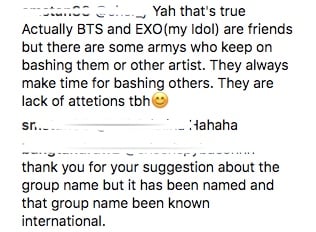 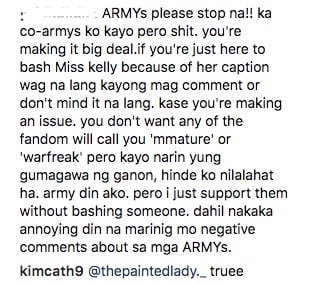 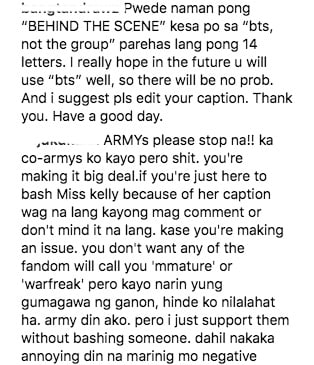