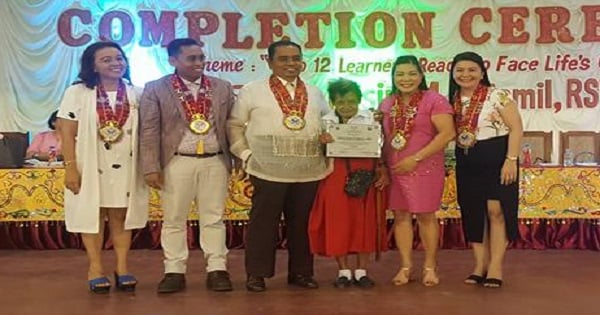 Learning is a continuous process and age is not a hindrance in pursuing education. When it comes to the pursuit of knowledge, it does not matter how old you are, as long as you have the willingness and the passion for learning, there is no such thing as ‘too old for school.’

Such is the case of someone who may be considered as the oldest student in the Philippines to complete Grade 10. In April 2018, Amina Akmad, a Grade 10 student of Cotabato City National High School-Main Campus marched and took the stage to receive her certificate during the school’s Completion Ceremony.

With tears of joy, older sister Lolita Brillo said that it had been her younger sister’s dream to finish Grade 10. Their father did not let her attend school because Amina is different from her peers. Her speech was too nasal and muffled, and she sometimes talks to herself, especially when she is feeling depressed.

She also said that Amina’s next plan is to finish senior high school.

According to the school principal, Panfilo Cedeno, Amina’s success story is an inspiration, not only for the youth but the other senior citizens, as well.