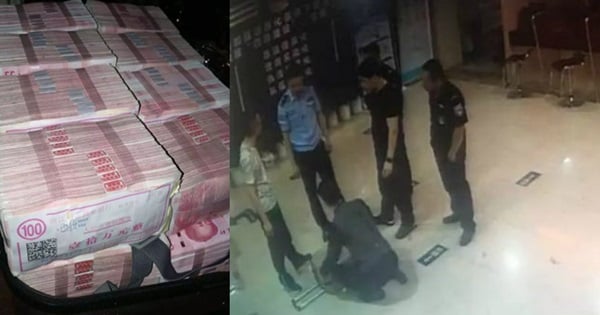 Breakups are ugly and painful but people eventually have to cope with the break-up and move on with their lives. While most people would only talk about closure, this couple from China has a different way to end their relationship.

A couple who are in their 20s from Hangzhou, eastern China, decided to part ways because they realized they are not meant to be. When they decided to part ways, the couple decided to meet at a bar, the woman entered the bar at around 11 pm to wait for her ex-boyfriend; while waiting, they ordered drinks.

A tall young man arrived after a few minutes carrying a large silver-grey suitcase. At around midnight, the three of them started arguing.

The man left the suitcase he was carrying afterwards, the two women also left the bar and did not take the suitcase. The employees of the bar eventually found the suitcase but could not locate the owner so they decided to put it in the ‘lost and found’ section so that the owner could come back and claim their item.

While the employees are putting the suitcase in a safe place, it popped open and they found that it’s filled with 100 yuan notes (around $15). The employees immediately called the police to get the suitcase to the station with them and they discovered that the bundle of money added up to two million yuan (around $313,250).

The next day, the young man contacted the bar and asked for the suitcase and he was brought to the police station. He was identified as a 23-year-old man who worked in the information technology sector.

Speaking with the police, he said that he brought the money over because his ex-girlfriend asked for a ‘break-up free’ amounting to five million yuan (around $7,831,125).

“I wanted to break up with my girlfriend but she asked me for five million yuan as a ‘break-up fee’. When I met her at the bar, I only brought two million yuan (around $318,250) in cash in the suitcase. I told her I only had two million yuan here and then I left,” he said.

The police summoned his ex-girlfriend and she said that she didn’t take the suitcase because the amount that he brought was too little for her.

“He only gave me two million yuan but I didn’t want it so I left it there. I called him to tell him I didn’t take the suitcase and left him to get it back,” she said.

The suitcase was given back to the man after verifying his identity.

There are a lot of ways to how couples break up but asking for a break-up fee is quite strange. What do you think about this?