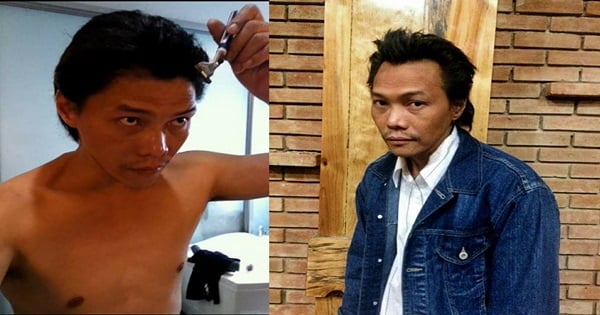 Veteran actor Mon Confiado shocks netizens with throwback photos of his drastic transformation for the movie, “The Diplomat Hotel”.

In his Facebook post, he described his role as if ‘you’ve abandoned your body’. He claims that he lost 40 lbs, shaved his hairline and pate, remained in slouch posture for 3 weeks and spoke in a deep voice. He also slept in the Diplomat Hotel Ruins the entire shooting.

This just goes to show how Confiado is dedicated to his craft.

What shocked netizens is that he’s very far from the macho ‘Emilio Aguinaldo’ role he portrayed in the film, ‘Heneral Luna’.

Confiado’s transformation gained several reactions from netizens who mostly applauded him for being such a versatile actor.

According to Phil News, the movie “The Diplomat Hotel” is about a life of a disgrace reporter portrayed by Gretchen Barretto who seeks redemption by spending one night with the documentary crew at a hotel which is known for its horror stories.

“The Diplomat Hotel” was released back in 2013 under the direction of Christopher Ad Castillo.

Mon Confiado is one of the most experienced actors in the Philippine entertainment industry. In fact, he appeared in over 300 local and international films with over 500 television guests.

He was the son of the former actor Angel Confiafo who is one of the most respected actors in the field.