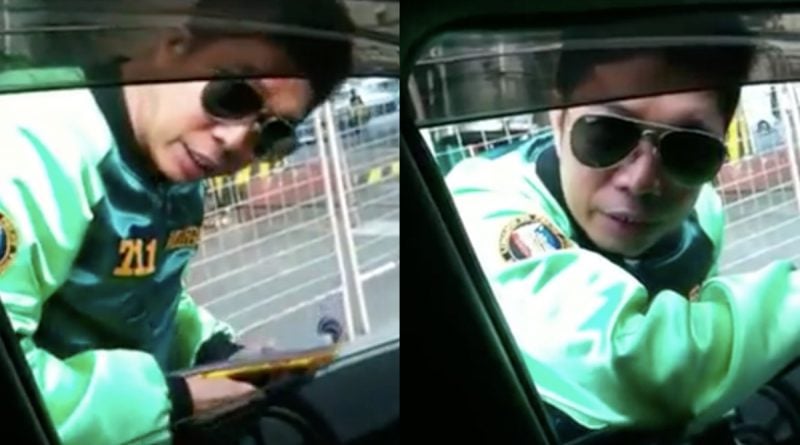 Traffic enforcers are public servants who are hired to control the flow of traffic as well as to manage the motorists to avoid road accidents and congestions.

These officers are authorized to issue a violation ticket to any motorists who they will catch breaking the traffic rules and regulations. They are known as the authorities on the road because they keep the peace and order to prevent accidents.

Unfortunately, there are some traffic enforcers who are caught asking money from motorists in exchange for not giving a violation ticket. There are also some reported ones who are getting money from other drivers for violations that they did not commit.

Recently, a traffic enforcer was caught getting money from a motorist, who, according to him, committed a traffic violation. Unfortunately for this officer, everything was caught on camera and is now making rounds online.

A concerned netizen named Anthony Enriquez uploaded the photo and video of the public servant while extorting money from the driver.

In the said video, it can be seen that the cop was charging the motorist and his colleague with P2,000 for a traffic violation. Instead of issuing a violation ticket, which might cost more in terms of money and time, the police officer wants to get the money directly.

Instead of saying no to the illegal activity, the motorist asked him if he could reduce the amount to P1,000 since P2,000 is too much. The enforcer agreed until he noticed the camera.

After knowing that the whole transaction was caught on video, he immediately issued a violation ticket against the motorist.

What can you say about this? Extorting money from motorists is not a new issue that the administration is facing. Do you think the government should enforce stricter rules?