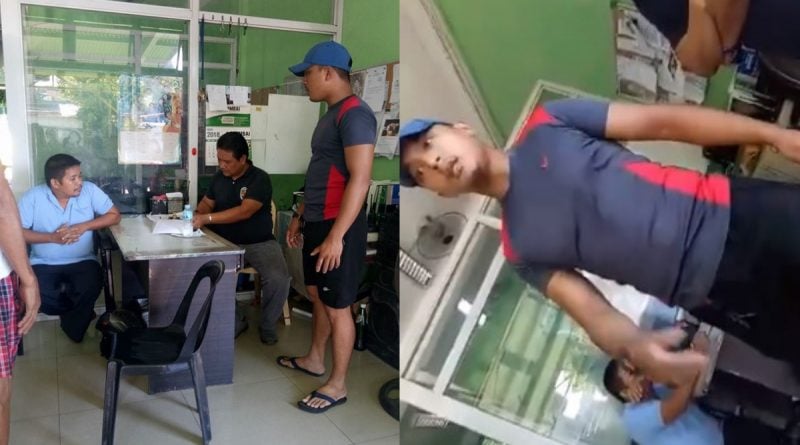 The government is always warning every motorist to practice patience and kindness whenever they are driving. This is to avoid road rage or worse, traffic accidents.

However, recently, there are bizarre road stories that went viral on social media: from the modus operandi of several people to the recent Lamborghini incident.

Just last week, a concerned netizen turned to Facebook to share her own experience with a police officer. According to her, this police officer wrongly used his authority by threatening the driver of the jeepney she’s on.

As the netizen narrated, it was around 10 in the morning of May 25 when the jeepney driver stopped at the red light. She noticed a motorcycle tailing behind the jeepney, with the driver wearing a blue cap and gray shirt and a woman who was not wearing a helmet.

It was then the man introduced himself as a police officer. After introducing himself, he asked the jeepney driver for his driver’s license, to which the driver refused. The alleged policeman even threatened to end the jeepney driver’s life if he will still refuse to surrender his license.

After giving the jeepney driver a violation receipt, he drove away and stopped by a sari-sari store. The astonished jeepney driver was urged by the passengers to quickly report it to the barangay.

According to the concerned netizen, who was able to take a video clip of the alleged police officer, he was denying all the accusations when they are in the barangay hall. 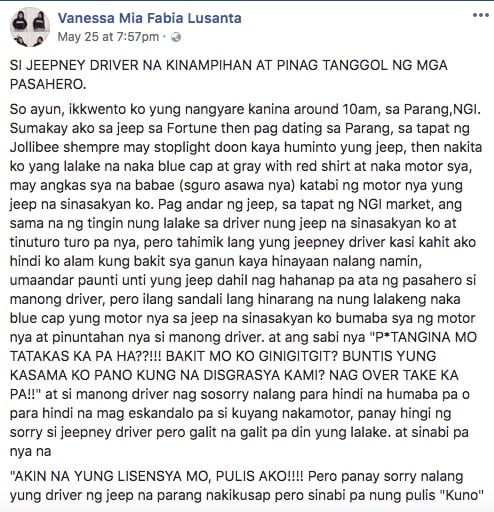 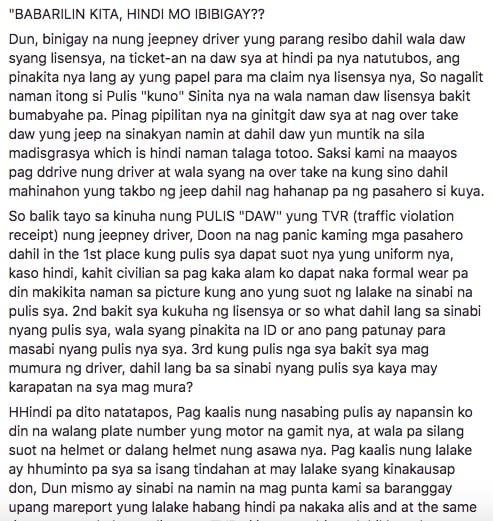 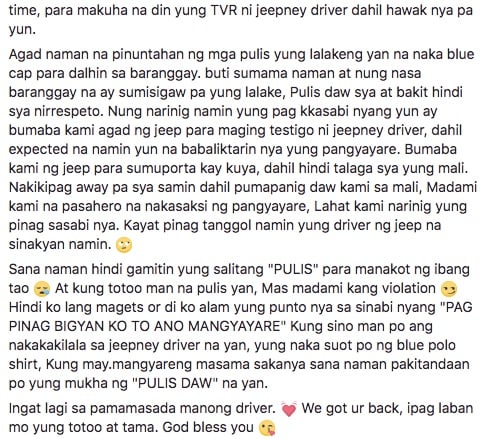 Thanks to the power of social media, there is proof that will help the jeepney driver get the justice that he deserves.