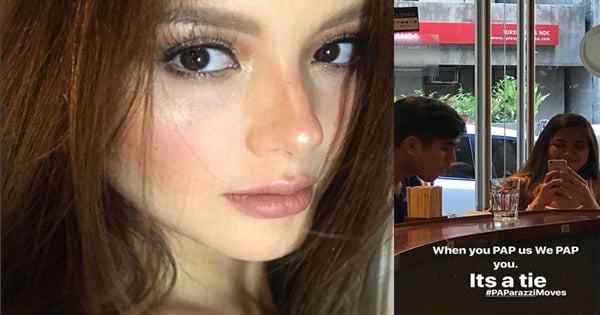 Ellen Adarna, dubbed one of the sexiest women in the world, made headlines recently for accusing a girl of taking “paparazzi” shots while eating in a restaurant in early March.

Now, Myra Abo Santos, mother of the 17-year-old Ella Santos, wrote an open letter to the actress and posted on her Facebook account on May 7.

“We are reaching out to you to let you know how deeply hurt we are by the unneeded stress and unwanted attention you caused after you uploaded a photo and video of her on Instagram, without any consent from us,” she wrote.

Myra claims that her daughter was ‘mature’ enough to write a private message to Adarna to explain the situation in hopes to resolve the situation easily and that Adarna would give them the two minors ‘benefit of the doubt’. Unfortunately, Adarna didn’t reply.

“Instead, you posted a one-sided narrative and insisted on erroneous and unfounded accusations again on Instagram. You have claimed my daughter is guilty, rude, and has been repeatedly insinuating my daughter is lying. You even said that you can handle bashers and hope my child could, too. I want to tell you that she is not like you, she never needed to. She is a private individual who has not even turned 18. As a celebrity, we would have thought you would understand the value of privacy,” Santos added.

“We prefer not to take this further, but as our only daughter, we are ready to take this wherever needed to protect her integrity.”

Adarna was given five days to reply to Santo’s post as per the family’s lawyer. If Adarna failed to reply, they would further take the necessary legal actions for the benefit of the 17-year-old girl.

Santos’ post immediately went viral with over 26,000 shares and over 100,000 reactions from the netizens.

Some encouraged Santos to do the necessary actions to teach Adarna a lesson; after all, Adarna is a ‘public figure’ and she should understand that it’s natural for people to take photos of her secretly. However, some are also suggesting to just let the ‘situation die’.

As of now, Adarna hasn’t posted any reply over the mother’s post.