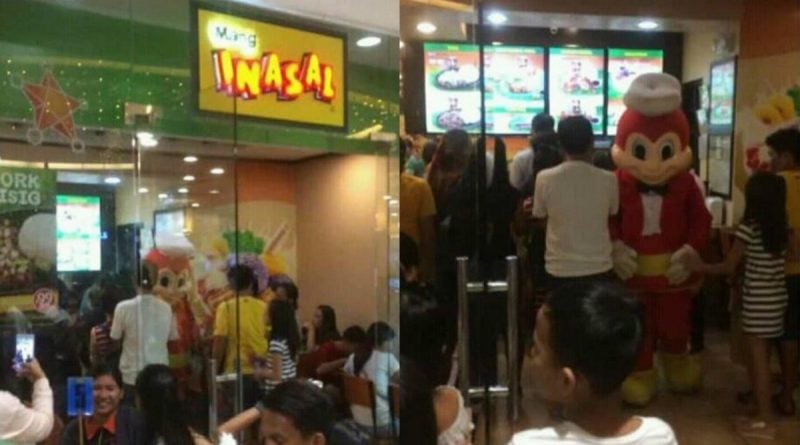 When we talk about fast food chains in the country, one of the first names that will pop on your mind is Jollibee. Jollibee is like the mascot of the country: even foreigners are fond of eating from the Pinoy fast food chain. This Filipino-style restaurant is serving American-influenced dishes such as chicken, spaghetti, and burgers, as well as local Filipino dishes.

But would you believe that there are more than 1,200 Jollibee outlets nationwide? Other than the Philippines, there are also several chains in Southeast Asia, Middle East, North America, and Europe.

The huge red and smiling bee, also known as Jollibee, is the symbol familiar to many people when it comes to talking about this restaurant. But recently, Jollibee is making waves in social media, not because of the food that the fast food chain is serving or promotions that they have, but because he can be seen everywhere!

Lately, the famous mascot has been spotted in different fast food chains which garnered comments from many netizens.

The child-favorite mascot has been spotted inside Mang Inasal.

If you’re not familiar with this restaurant, Mang Inasal is another fast food chain in the country owned by the Jollibee Foods Corporation. It’s popular in the Philippines because of their unlimited rice. Knowing how Filipinos love eating rice during our meals, it is not surprising that even Jollibee wants to get his money’s worth from a serving of Mang Inasal meal.

Many netizens quickly jumped to a conclusion as to why Jollibee is wandering around the Metro.

Some think that he’s saving up that’s why he’s getting a part-time job while there are others who think that he just wants to enjoy the restaurant’s unli rice. 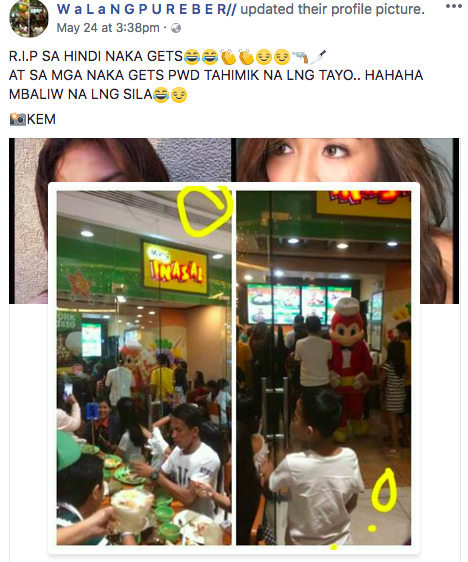 What can you say about this? What do you think Jollibee is doing?