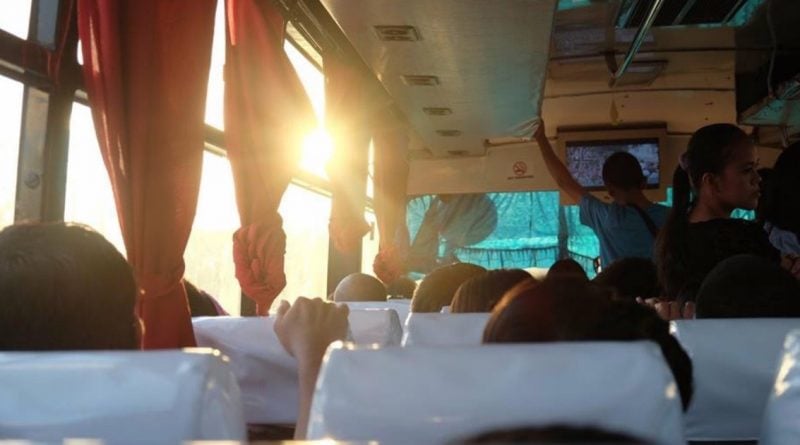 Social Buzz Travel
May 6, 2018May 6, 2018 Kaye Chang how to spot a pickpocket, Modus Operandi, pickpockets, riding a bus, what to do

When you are living in Metro Manila, you are also exposed to different modus operandi like pickpocketing, snatching or hold-ups. Any mode of transportation that you take, you may not help it but feel suspicious of other commuters. The government and transportation operators always remind us to be vigilant at all times.

How to Spot Pickpockets?

Recently, a Facebook user shares his experience in dealing with snatchers in a bus in Metro Manila. According to Jep, it’s his second time to experience such modus.

The crooks are operating in groups but they are scattered inside the bus. There are normally 5 to 10 members and some even include “trainees.”

These people have a specific target: those who are alone in the two-seater chairs. Once they spot the target, they will do everything so you will sit next to the window.

What Do They Do?

They usually “set up” their “seating arrangement” before reaching the expressway, where you don’t have a chance to get off the bus. They cover-up the aisle to hide you from other people’s eyes. They also have members sitting in the back part of the bus.

These criminals have different schemes to distract you and your mental processing. They will either fix the airconditioning or the curtain. Their main means of communication is via text message.

Other ways on how they can distract you include fixing the airconditioning several times so you’ll think what’s happening and try to fix it yourself.

Some are also trying to befriend you to earn your trust. They often dress up as professionals, making it easier for you to confide in them.

What Do You Need To Do?

Always secure your belongings. Stop all forms of entertainment, especially using your gadgets since it will easily catch their attention.

Be alert. Switch seats or if possible, move near the conductor and driver.

Once you reach your destination, get off in a crowded place or where you can see security guards.

Always remember: They operate in groups. Be alert and vigilant. Don’t be an easy prey.