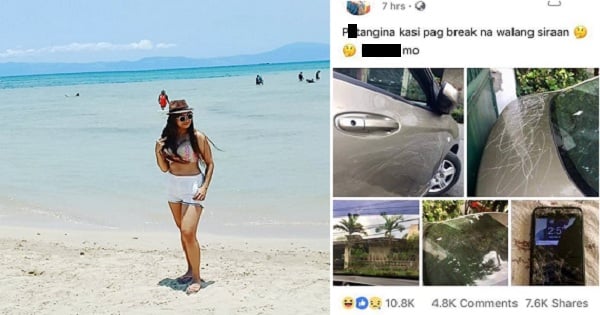 “Hell hath no fury than a woman scorned.” – The Mourning Bride, a play by William Congreve

While falling in love is one of the sweetest, most beautiful experiences a person could ever have, falling out of love is often the exact opposite. Break ups can be really devastating, even dangerous to the parties involved.

One guy found himself with a totally scratched car and a damaged iPhone when he allegedly cheated in his girlfriend.

It all started out when Em Palma accused her boyfriend, Jerome Gustilo, of cheating on her with a new lady. After the fight, they broke up.

But when she told him to return the things she had accumulated at his house, they reconciled. In a post on Facebook, Em detailed that she even bought gas for his car and gave him money to buy food for their dog.

At the time, Em didn’t go home with him but told him she’ll be at the house on Sunday. He promised to go straight home but she later learned from a friend that her man had picked up a couple of friends, including his rumored new girl, and had fun with them until the early hours of dawn. 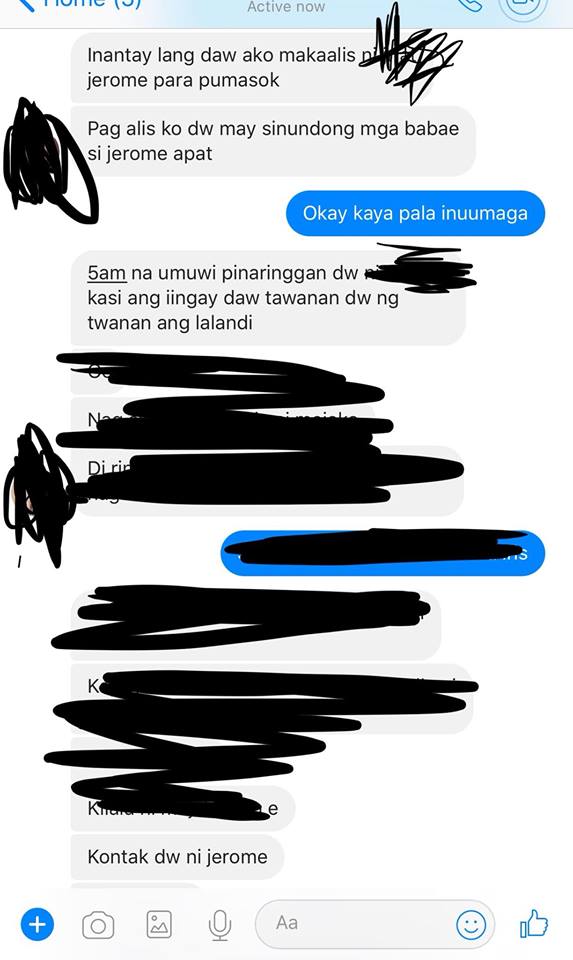 According to Em, Jerome had been cheating on her a number of times but she just let those pass.

Feeling furious after she supposedly caught him red-handed, she decided to retaliate by scratching his vehicle.

Jerome would later post photos of the damaged vehicle – and car lovers out there are sure to cringe at the sight! The entire body of the car had countless swirls and scratches, from front to back.

Em was so furious that she didn’t leave any part undamaged, with large scratches visible on the hood, trunk, doors, and even the windows!

The posts from both parties received mixed reactions. While many took pity on the car, a lot of netizens think the ‘cheating guy’ deserved it; however, there were also those who believe he was better off without this girl – who knows what damage she might inflict in the future if he did something wrong and they were already married? Ouch.

So, whose side are you on?