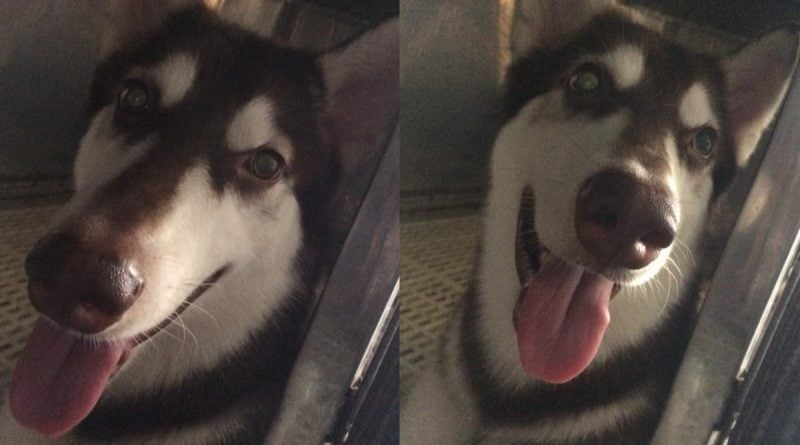 After many years, people have always considered dogs as their closest companions. These four-legged wonders act as protectors, helpers, providers, and lifesavers. Dogs are not only friends to men, after spending life together for several years, their relationship is just getting deeper, like a family member.

There is a reason why dogs are called man’s best friend. They are willing to provide their family members with unconditional love, companionship, and loyalty until their last breath. At the end of a busy day, once you come back to your home, the very first person who will great you is your dog. Your dog will not judge you how you dress or if you had a bad day. No matter what the situation is, it’s just happy to see you.

A husky is now knocking on our hearts as he needs a furrever home.

Facebook user Israel Realin shared the story of Kimi, an eight month old neutered Husky in Manila who is in need of a fur parent. According to Israel, Kimi understands Tagalog and Korean. He was abandoned by his unnamed owner and suffered from canine dengue. Luckily, a vet rescued him and he survived from the disease.

Since the dog knows Korean language, it is possible that his previous owner is a Korean who already left the country and went back to South Korea, leaving him to fend for himself.

Despite the struggles, Kimi is a very playful and cheerful dog. He loves belly rubs too.

There are some bills that need to be settled for the new owner to keep him forever. According to Israel, the bill amounted to P10,000. After paying this, the new owner can take Kimi and treat him as a new family member. 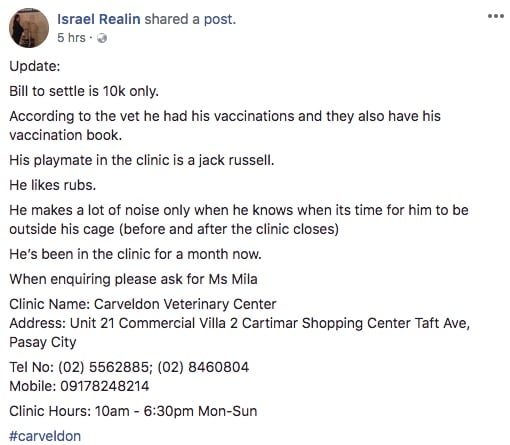 Hopefully, Kimi will meet an owner who will never abandon him again.