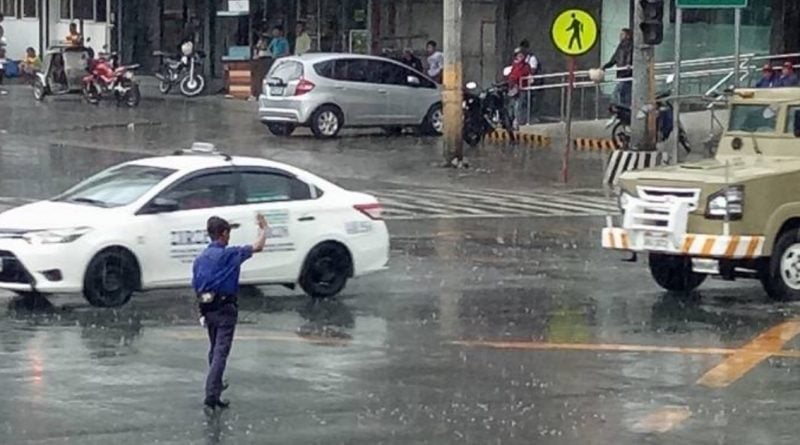 Working as a police officer in the Philippines have many rewards, benefits, compensation, and a generous pension upon retirement. Compared with a private firm, the job as a policeman is more compensated and more secured because you are working for the government.

However, unknown to many of us, working as a police officer is dangerous too. They are the first line of defense whenever there are crimes to face. They are working as undercover to unveil the crimes happening in the country.

Although there are scandals involving these public servants, there are also a lot of them who are sacrificing their lives and comforts with their families to maintain the peace and order in the Philippines, like this traffic enforcer who did not let the rain stop him from doing his job.

Rain or shine, public servant Anthony San Juan still stayed under the rain while doing his job in Espana corner Lacson street. While his other colleagues are under the shade and waiting for the rain to stop, Anthony was still in the middle of the road, guiding other vehicles to prevent any further accident.

He did not let the heavy rains or the possibility of getting sick from stopping him from working. Without this responsible traffic enforcer, who knows what will happen! There will surely be more traffic or worse, traffic accident, especially since it’s raining hard.

Upon seeing the viral video, it received mixed reactions from social media users. Some believe that the enforcers are taking turns in doing the task while there are others who are thankful to the officer despite the weather condition. 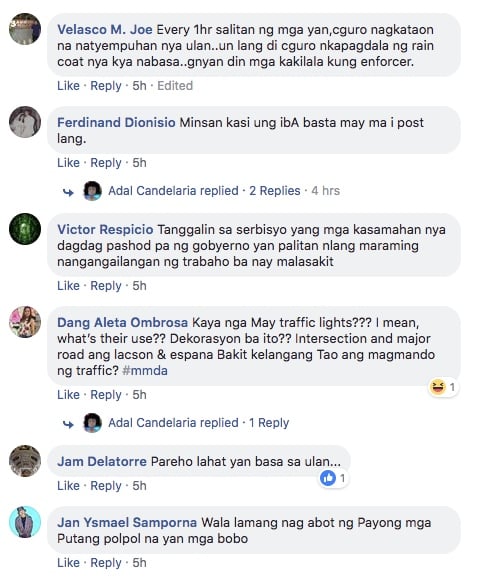 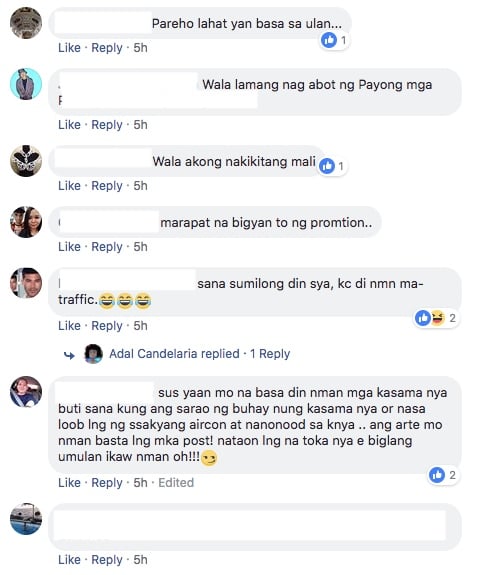 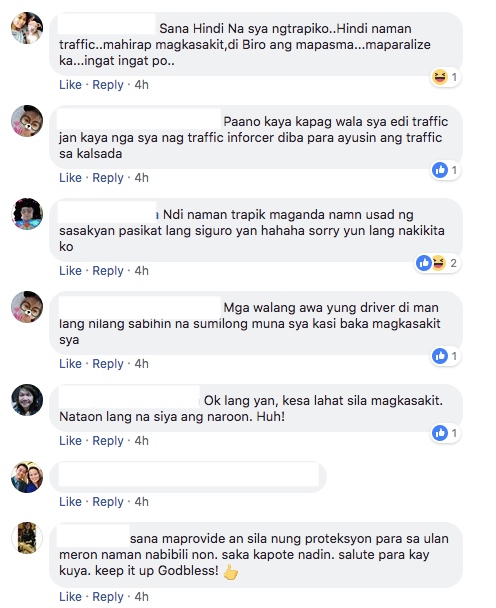 Whatever the situation is, it is still heartwarming to see a public servant doing the best that he can to provide service to other people, right? No hate, just compliments for these public servants.