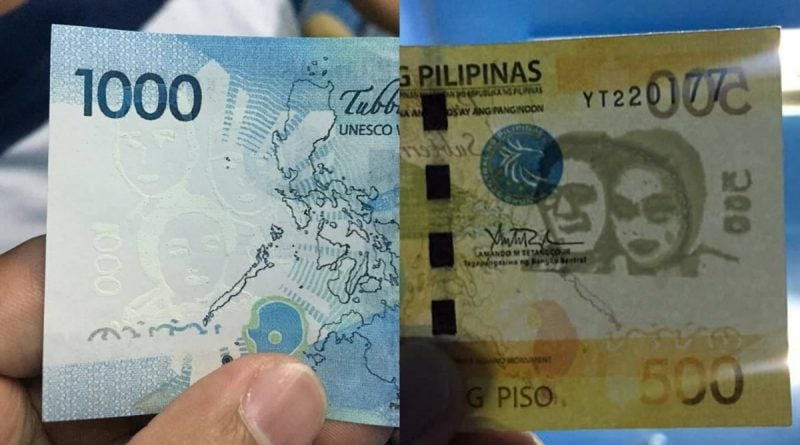 After the current Administration Duterte and the Bangkok Central ng Pilipinas implemented a new series of banknotes in the country, there were fewer instances of fake money. However, over the past few months, many people are experiencing irregularities with the usual Philippine bills.

A concerned netizen shared a series of bank notes, which, according to him are fake bills.

By first looking at the bills, you cannot easily tell that they are fake. These banknotes contain the serial numbers and the security threads that the real bills have. However, by taking a closer look at the watermarks, you can see that the faces look like as if they were drawn by a child. To make sure that you are getting a real Philippine paper bill, here are the things you need to do:

1. Check the color and the serial number. Compared to the real ones, counterfeit money appears to be lighter and brighter in color. Check for duplicate serial numbers too.

2. Feel the texture. The Philippine peso bills are made of cotton and abaca fibers to add to the security features. The real bill is subtly rough in texture while the fake ones will come out smoother.

4. Pay attention to the security thread.

This is a proof that even if something looks real, we should still take a closer look, just to be sure. It will not hurt to check thoroughly than losing your hard earned money, right?