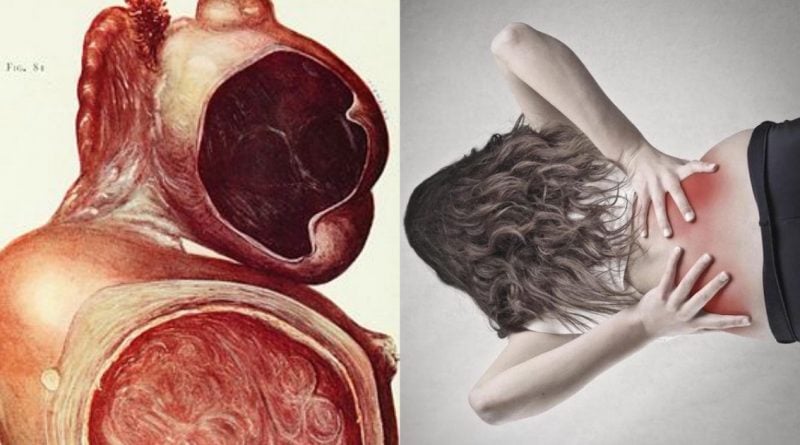 When it comes to hearing that they have a lump on their uterus, women tend to panic. However, contrary to what most women are fearing about, not all lumps can lead to a terminal disease.

Myoma is a benign, slow-growing tumor that grows on a woman’s uterus. Although it gets bigger and bigger over time, it is not considered cancerous. But that does not mean that you should not take necessary precautions.

This is the lesson that a netizen wants other people to know when his girlfriend was diagnosed having a large myoma in her posterior uterus.

Facebook user Justine Te decided to turn to Facebook and share what happened to his girlfriend. This is also his way to warn other people, especially those who are already suffering from the symptoms of myoma.

According to Justine, his girlfriend is just 20 years old when she had to undergo a surgery to remove a large myoma from her posterior uterus. The myoma was not easily detected and she thought she’s only suffering from abdominal and back pains. She had to undergo three different tests to detect the source of pain: abdominal ultrasound, transracial ultrasound, and CT scan.

Since the first test, the ultrasound, cannot detect what is the source of pain, the young woman was also asked to take a pregnancy test since there’s a suspected ectopic pregnancy. When the test resulted in negative, they had to undergo a CT scan before the operation was made.

Where Did It Come From?

According to research, myoma can be due to food intake, using sanitary napkins and panty liners or it can be genetically passed.

After the removal of the myoma, a woman cannot get pregnant until complete recovery. Although you can still get pregnant, you cannot have normal delivery anymore. A caesarian operation is the best way to deliver your baby to avoid further damage to your uterus.

Justine wants people to be aware of myoma. Always take care of your body. If you are always suffering from abdominal and back pains before you have your monthly period, go to a doctor immediately.

This is the large myoma extracted from the posterior uterus of my girlfriend. She is only 20 yrs old.Just a quick facts…

Health is wealth. Make sure that you are always in good shape. If you feel something in your body or you suspect that something is wrong, visit your doctor to avoid further complication.