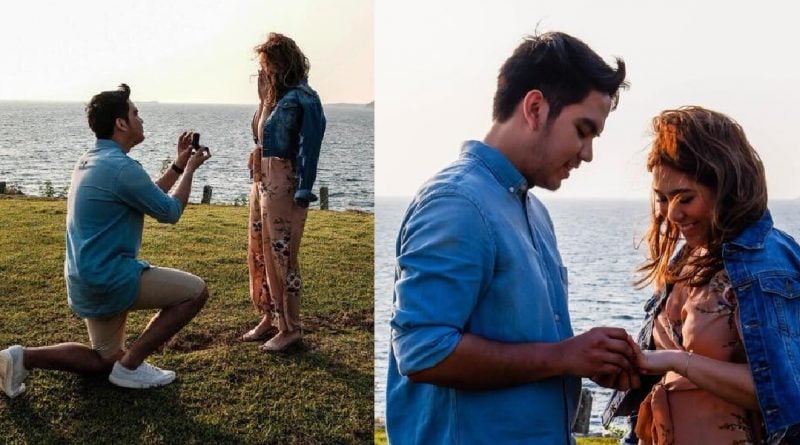 My best friend asked me the easiest question I have ever had to answer.

These were the words of popular singer Moira Dela Torre when she announced that she is already engaged to her longtime best friend and beloved boyfriend Jason Marvin Hernandez.

“On a cliff at sunset, my best friend asked me the easiest question I have ever had to answer. I love you, my Jason,” she expressed; sharing some photos on her Facebook page minutes before she announced that the music video of her song Tadhana is finally out.

Hernandez, on the other hand, changed his relationship status on Facebook.

“All my life I’ve been searching for ‘the one’, not knowing that she’s been my best friend all along. I love you forever, my Momoi,” he wrote.

Proposal in a music video

The music video of Tadhana has surprised Dela Torre’s fans as it contains the proposal video of Hernandez to her.

He then knelt down and asked, “Will you marry me?”

And with all her heart, she agreed to start a new chapter of forever with him.