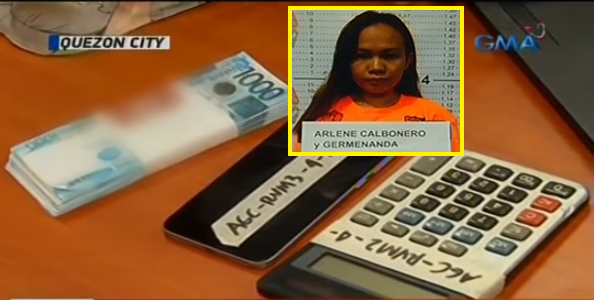 An old lady who was turning 80 years old wanted to go on a birthday vacation with her family to visit the Our Lady of Guadalupe Basilica in Mexico. Her daughter booked a 5-person trip with a travel agent recommended by a friend but the woman ran away with their money – and they ended up losing a total of Php700,000 as they booked the accommodations separately.

The victim booked with Arlene Calbonero’s Blissful Escapes Travel & Tours travel agency a trip for 5 people from Manila to Los Angeles, Mexico, and San Francisco last January. The highlight of the trip is a pilgrimage to the Our Lady of Guadalupe Basilica where the victim’s mother wanted to spend her 80th birthday.

Because she was busy with her work, the victim liked how it was easy to transact with Calbonero via text messages and through the internet.

Trusting that Calbonero would keep her part of the bargain, the victim then booked their accommodations at the destinations there were supposed to visit based on the itinerary planned out by the travel agency.

But when it was time to reserve seats on the flights headed to these destinations, the victim was surprised when the reference numbers given by Calbonero were declared invalid. As their April 11 departure approached, the victim grew more concerned when the travel agent still couldn’t provide them with the correct reference numbers.

Instead of giving them the correct one, however, Calbonero asked the victims for additional Php120,000 to book the flights. Angered over this, the family sought the help of Quezon City Police who did an entrapment operation last Tuesday.

But after she was caught, Calbonero still could not produce the victims’ flight details and was unable to give them back the Php250,000 they paid her for the trip.

Because they were unable to take the flights to their destinations, the family also lost the Php450,000 they paid the hotels they booked themselves – and their mother’s birthday wish was ruined.

Calbonero will be charged with estafa but the family hopes they could still recover their money.