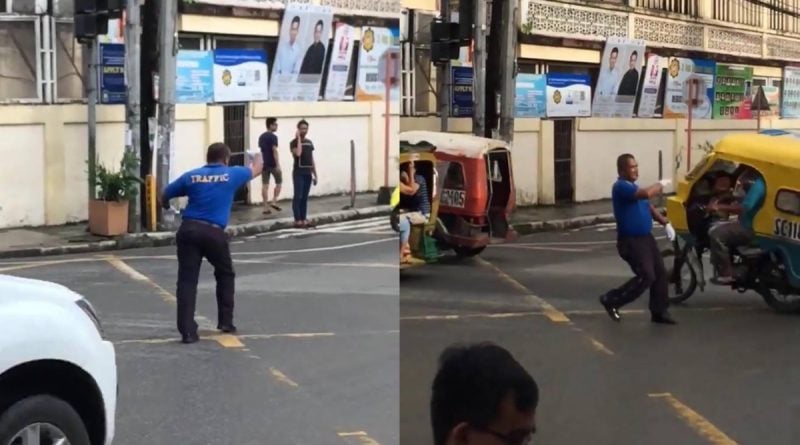 This will surely bring a smile to your face.

Every day, thousands of motorists face the dreaded traffic not only in Metro Manila but around the world. Because of the long waiting hours just to get to their preferred mode of transportation and another hour to travel to their destination, most commuters feel stressed out even at the beginning of the day.

To put smiles on commuters’ faces, a traffic enforcer has found a way to cheer up locals: by busting out energetic dance moves, despite the heat.

In a Facebook post, Anthony Enriquez shared a video of the dancing traffic enforcer in Surigao City. The Facebook user spotted the enforcer and decided to record him as he knew that it would put a smile on everyone’s face. As a matter of fact, other netizens commented that the dancing enforcer made their day happier by just watching the video! Just a few days after it was posted, it already garnered more than 7,000 shares.

The unnamed enforcer dances to the beat of music played by a nearby establishment. He also uses his whistle to go with the beat.

A Simple Gesture Means a Lot

Everyone is amused by his dedication to making people happy, even with just a simple gesture. His dancing lightens things up. If we are one of the motorists stuck in the traffic, seeing the dancing enforcer will surely make us smile too!

Kudos to this traffic officer who is not only doing his job right but is also putting smiles on our faces! At least the motorists trapped in the traffic are being entertained. Thank you for making our day, Sir!