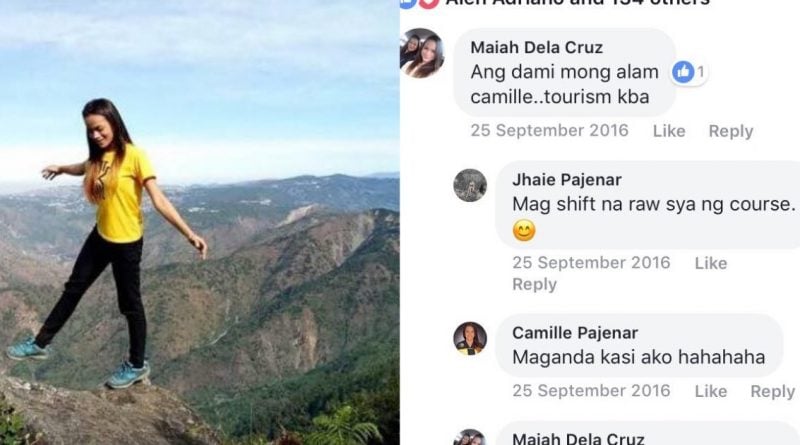 There are different ups and downs of parents and children’s relationships. Mothers are trying to parent their children, especially their daughters, and can be overly critical and demanding. For some mom’s perspective, if daughters don’t listen to them, they are more prone to poor life choices.

The relationship between this mother and daughter is becoming an envy of most social media users. The girl shares what her mother’s reaction was every time she goes on an adventure. And you will agree with us, it’s the cutest thing!

During her first travel with her friends, Maiah Dela Cruz, Camille Pajenar’s mother, asked whether it is her new project, much to her friend and sibling’s delight. According to Camille, before she went out with her friends, she asked her mother for money for their feasibility study.

After experiencing the fun of traveling with friends, Camille went to many places in CALABARZON. Every time she’s climbing up the mountains and taking risky photos, she often hides it from her mother. However, there’s a time when she forgot to hide it and her mother immediately saw it. According to her mother, she just asked her to deliver some stocks but she enjoyed the place and decided to take some photos and take a dip. You can see how happy their conversation is in every photo that she uploads, right?

Do you envy their relationship too? What’s the best memory that you have with your mother? Let us know in the comment section below.