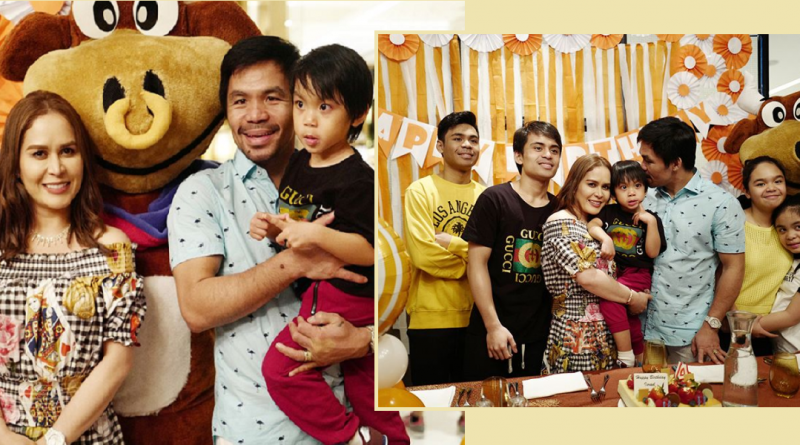 Sen. Manny “Pacman” Pacquiao and his family celebrated the 4th birthday of his youngest son, Israel, at the upscale Shangri-La at the Fort.

[Happiest Birthday to our family’s liitle boss. Our dearest Israel.]

Pacman is now preparing for his fight on July 15 at the Axiata Arena in Kuala Lumpur, Malaysia. His opponent is an Argentinian champion Lucas Mathysse and they will be fighting for the WBA Welterweight belt.

We are ready. Are you? July 15 | Kuala Lumpur, Malaysia 🇲🇾 #PacquiaoMatthysse🇵🇭🥊🇦🇷