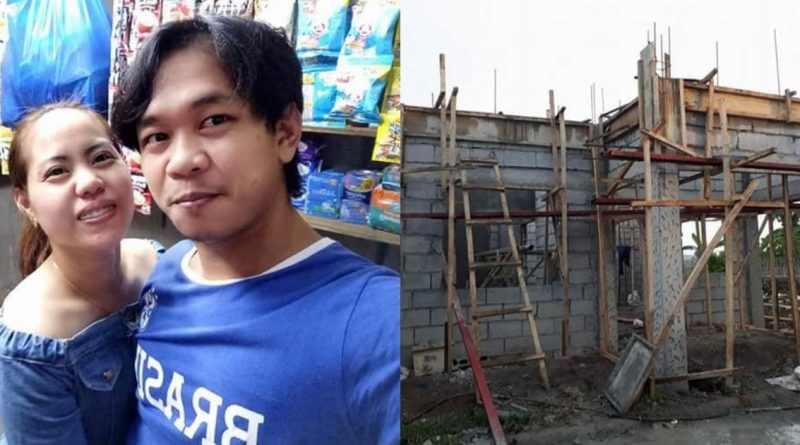 For couples, once they get married, one of the first things they want to achieve is to have a house they can call their own. For a husband and a wife, having their own humble adobe is the first step to starting their own family.

Recently, an Overseas Filipino Worker named Sha-Sha Dangallo Villaruel shared her journey with her husband who is also working as an OFW. According to her, she and her husband were not born rich that’s why they strive for the future of their family.

In 2011, she decided to join her then-boyfriend to Manila and seek better career opportunities. She started applying to different agencies for the chance to work abroad. However, everything did not start easy — she finds staying in Manila costly, especially for her who is just starting.

To help finance their needs, her husband started working for his aunt. The money he is earning is used as their allowance and transportation whenever they are going to agencies. Sha-Sha, on the other hand, borrows money from her brother. She did not stop forwarding resumes to different agencies. She underwent several interviews she can no longer count, deceived by a fixer, and had a medical exam only to find out that the agency is not authorized to send OFWs abroad.

Luckily, they were able to secure a job in another country. In 2014, she finally married her husband but even if they are both earning money, people still have something to say.

But her husband became her motivation to strive for the better. In just a month after they got married, both of them flew to another country again to work.

Finally, they are starting to reap the fruits of their labor. They are now in the process of constructing their dream house. They also have businesses on the side and were able to have vacations outside the Philippines.

Sha-Sha is hoping to inspire not only couples but also other individuals that they can reach success in life if they want to. With perseverance and inspiration, anything is not possible. 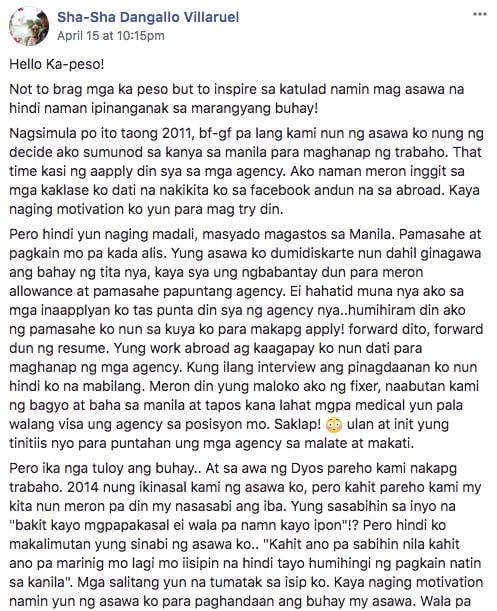 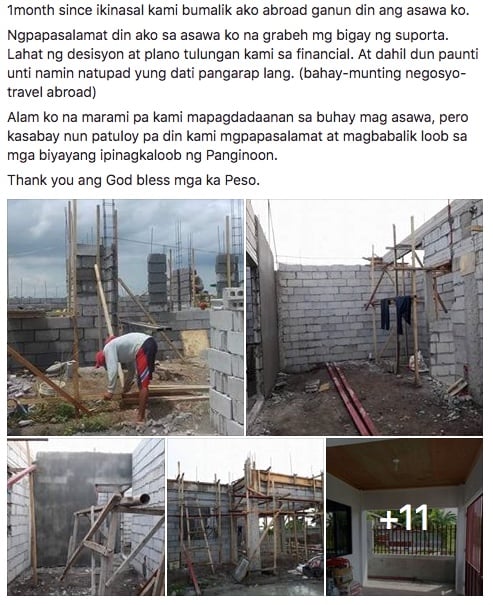 What can you say about the couple’s story? Share your thoughts in the comments section below!