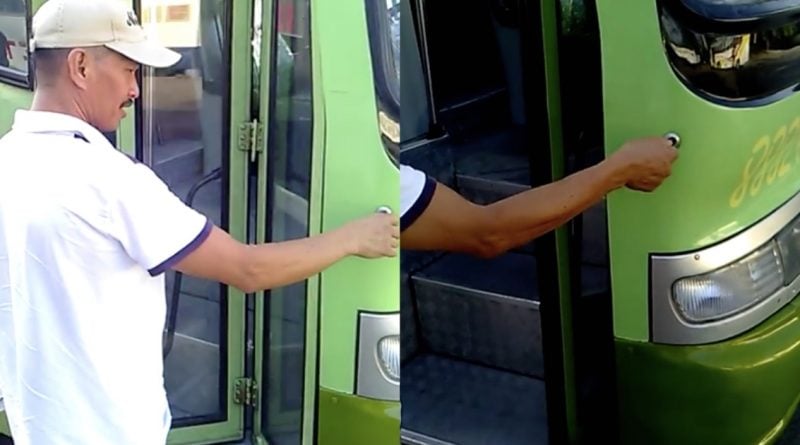 Are you one of those people who is wondering who closes the bus’ doors once the driver is out? Well, you are not alone. Recently, this question has gone around social media and became a dilemma of many netizens.

A Facebook user named Josh Milante finally gave the answer to quench the curiosity of many people. He posted a video for everyone to see showing a bus driver demonstrating how they do it.

What’s the Secret Behind It?

It was revealed that there is a small door lock outside of the bus, near the front door. This allows the driver to open and close the door even while they are outside.

This door lock is designed for emergency cases. This is usually located above the headlight but it sometimes varies on the type of the bus and its design. In some buses, it is covered and cannot be easily seen.

After watching the video, many netizens could not help but be amazed. They are delighted to see someone who took the initiative to educate the public.

The video gained positive reactions from people. Many admitted that they learned something from it. After posting, the video already garnered more than 6,800 reactions, 11,500 shares, and 600 comments.

What do you think about this video? Did it answer your question too?