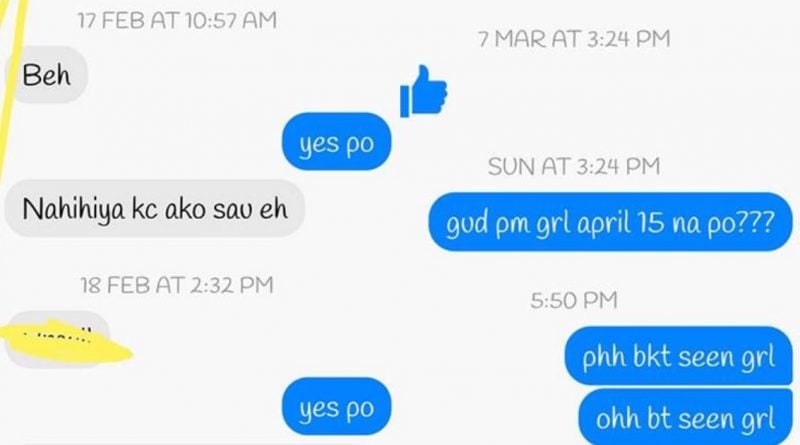 Recently, stories about people borrowing money from others went viral on social media. People are becoming very careful when receiving messages from others — especially if the other person is asking how he or she is because the next message that will follow is to lend him or her some money.

If we thought that it is already over — apparently it isn’t yet! But this story is different: it might even shock or anger you after reading.

Recently, a netizen shared her experience in the PESO SENSE SAVERS group. According to the user, who we are hiding by the name Angel, she met the borrower once or twice while drinking with friends. 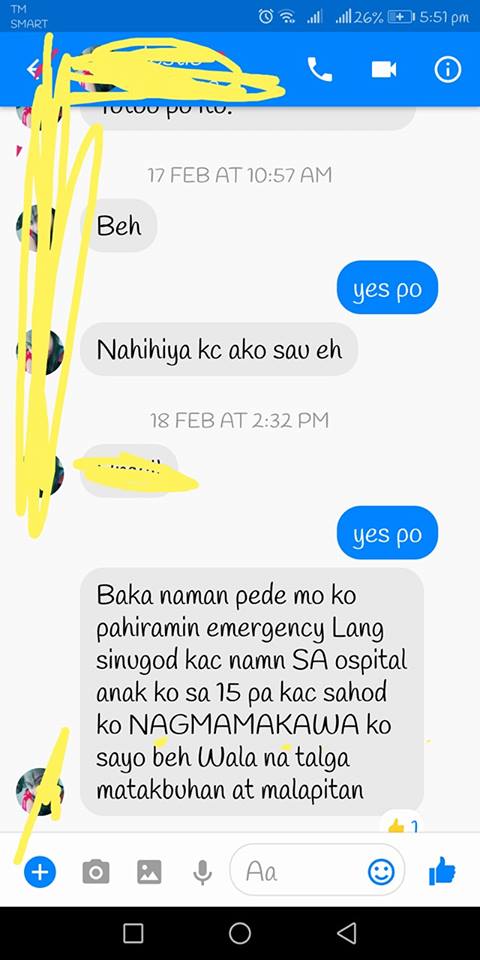 At first, she was thinking of not lending any money to the person but after telling her that she needs the money to buy medicine for her child who is in the hospital, she let her pity get in her way and lend her some money.

Her “friend” also promised to pay her the next payday with interest. According to her, she doesn’t have anyone to turn to and she’s the only person she thinks about when she needs money. Sounds fishy if she just met the person once in your life, right? 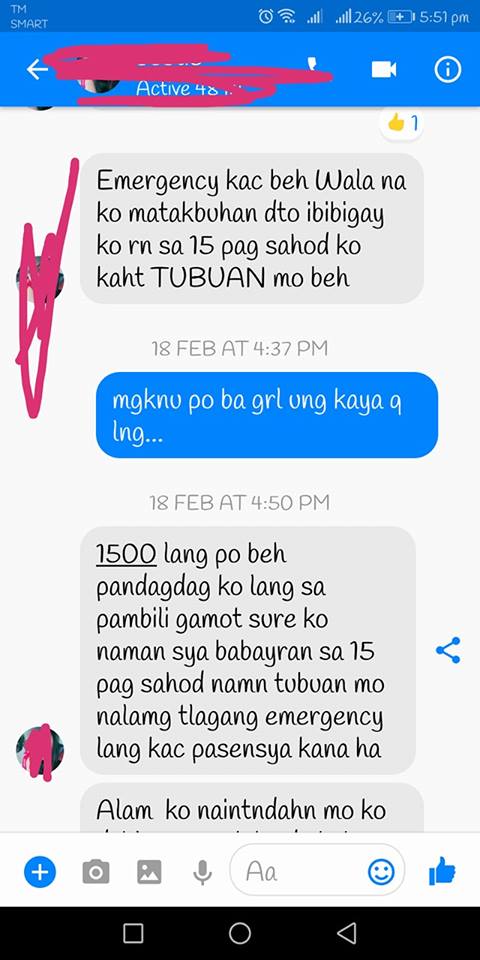 Can’t Pay It Back

Angel received another message from her “friend” saying that she can’t pay the P1,000 she borrowed from her since her husband’s salary was used to pay for her daughter’s bills after being diagnosed with dengue. Angel agreed to receive the money after a month.

But the problem starts here: when she is needing the money and asks the other person to pay her, she is only reading her message and is no longer responding.

Read the story here and be the judge: 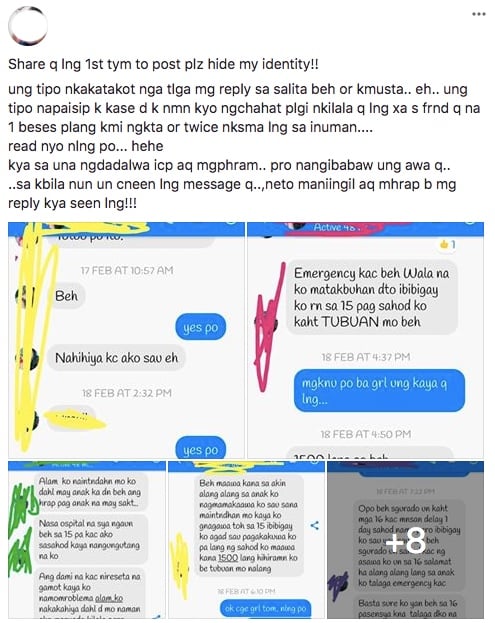 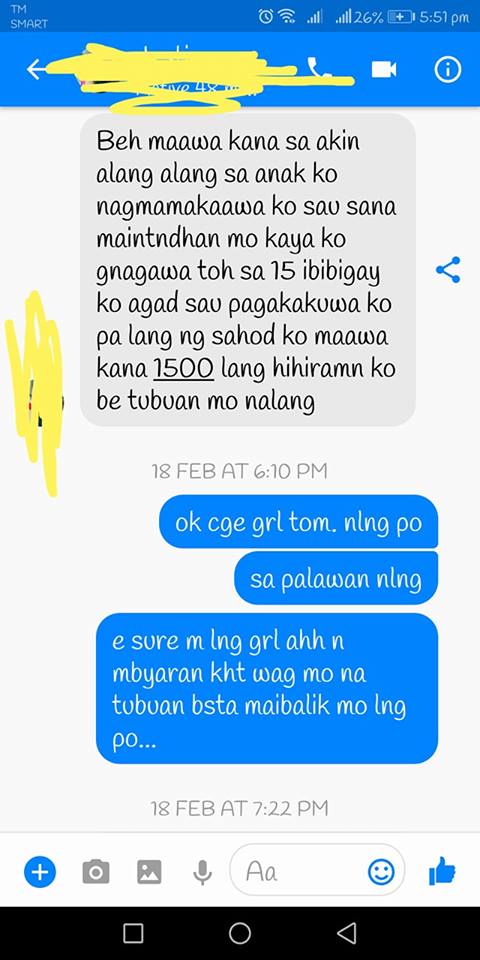 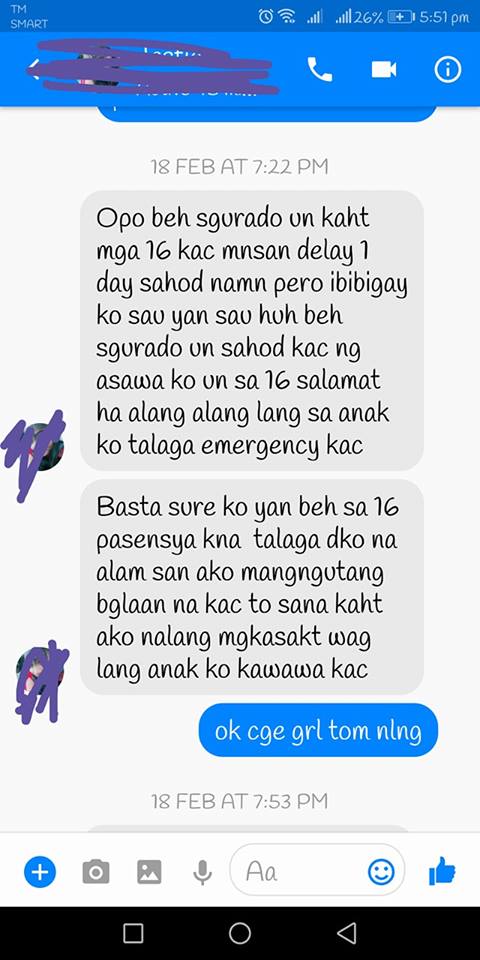 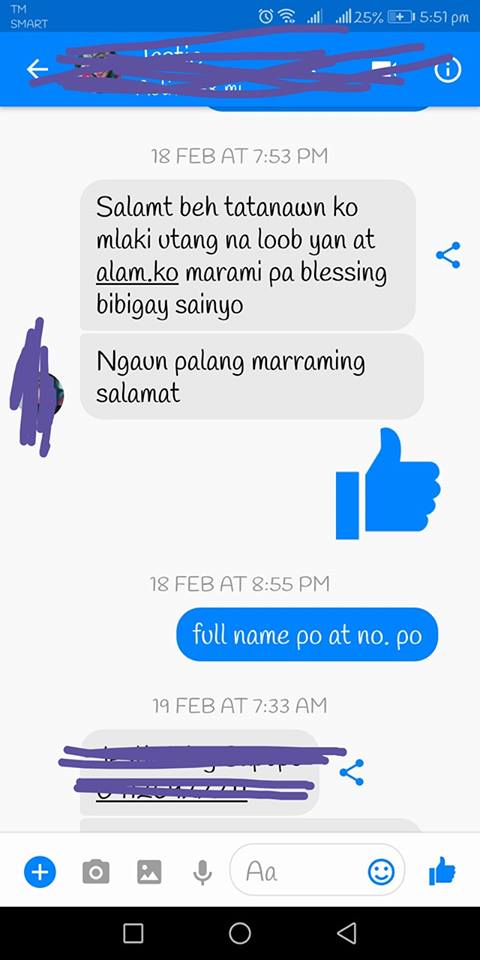 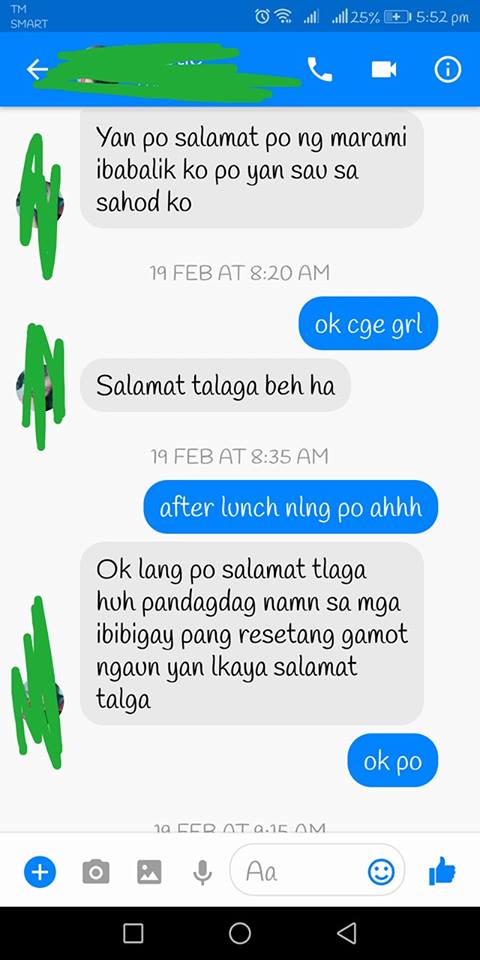 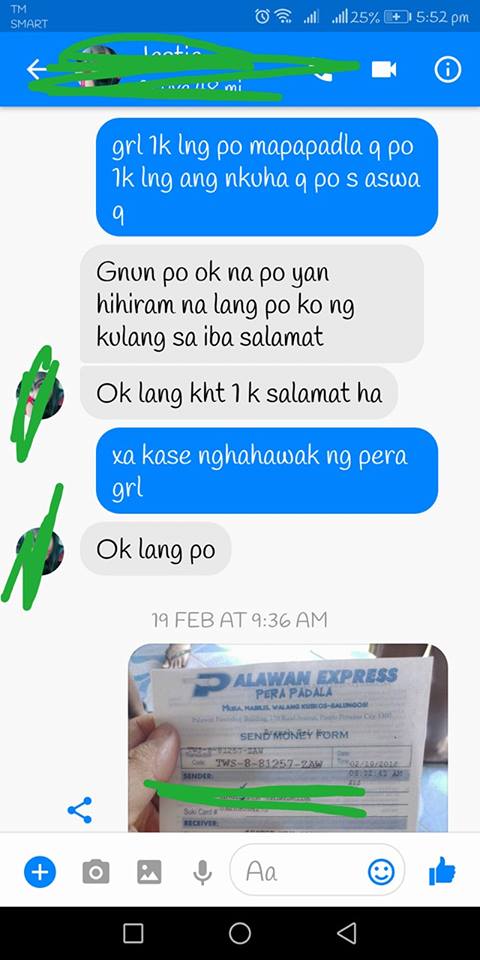 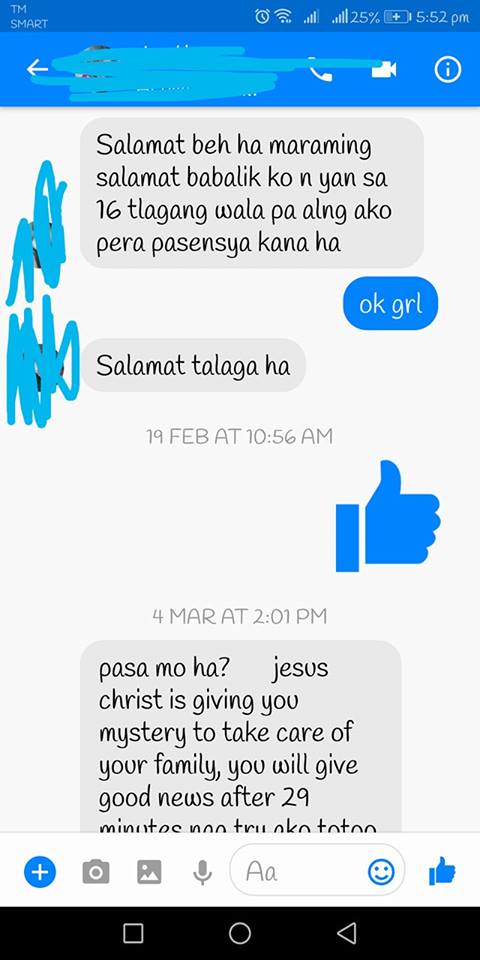 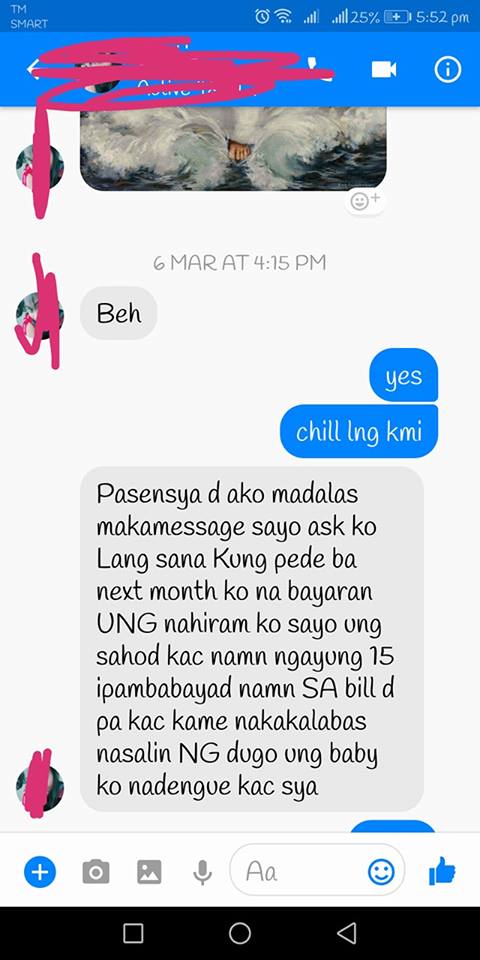 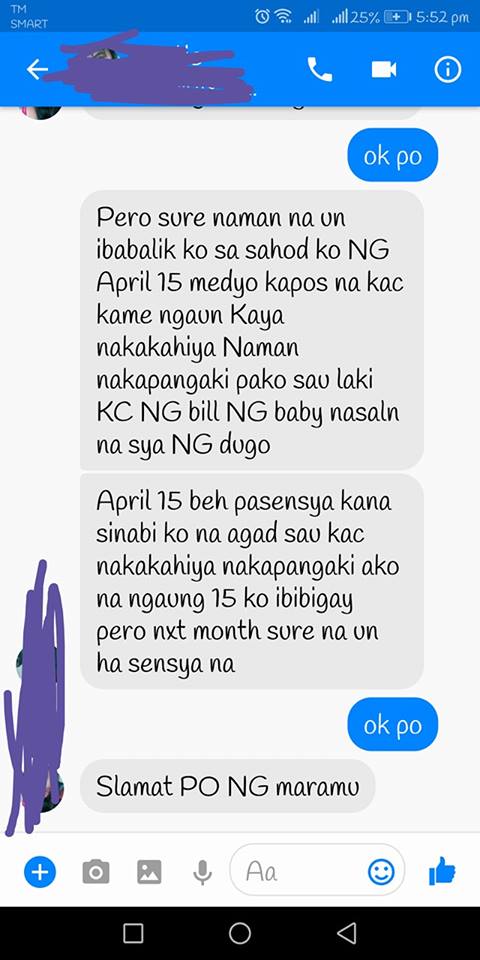 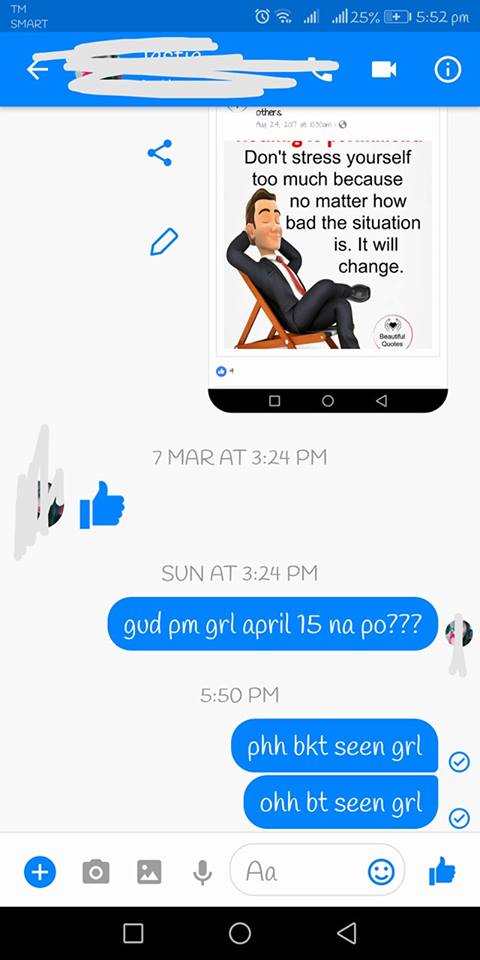 We are hoping that Angel will get her money back.

But this is a lesson for everyone: Please be careful when lending other people money, especially if you don’t know really know the person.