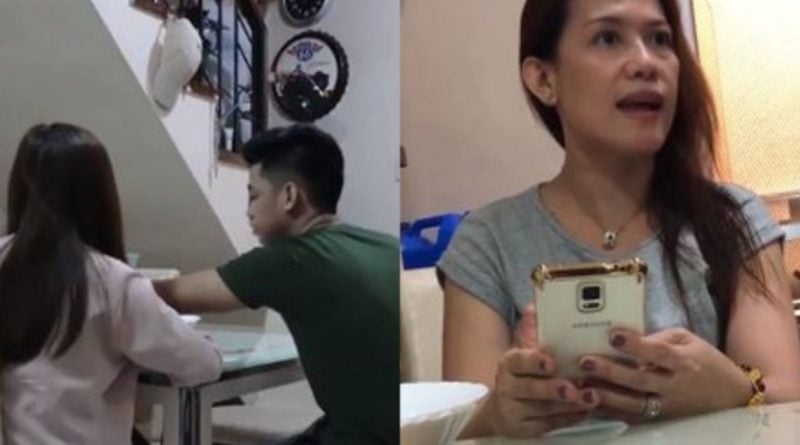 In light of the April Fool’s Day celebration, social media blogger Von Ordoña decided to pull a prank on his mother. He tried playing a pregnancy prank on his unsuspicious parent. Although this kind of joke is very common, the highlight of the prank is the mother’s priceless reaction.

To make the prank look more convincing, Von brought along his girlfriend to play her part on the April Fool’s Day scheme. Not only that, they also prepared a positive pregnancy test as well as an envelope with a fake ultrasound result.

The mother walked into the dining area without malice and without thinking that her son will play a prank on her. To make things more convincing, the two made a racket about who is going to confess. The couple’s acting was so unbelievable that the mother was really into it.

At first, the mother thought that her son flanked in school. Although she already has an idea of what is happening already, she still cannot believe it after her son broke the shocking news.

When the news finally sunk in, she gave her son a lecture. The young man tried convincing her that the baby is a blessing but the mother started giving a long sermon: from their age, their studies, the obligations, and how she is still providing the needs for her son.

The worse case happened when she even challenged her son to live away from their house and support himself and his new family.

But the bluff was called out after her mother noticed the camera pointed at her. Imagine the shock and relief on her face after finding out that everything is just a part of an April Fool’s Day event! What’s funnier is that she’s more worried about her makeup-less face.

Do you also find pregnancy pranks hilarious? Share the laughter with your family and friends by sharing this article!