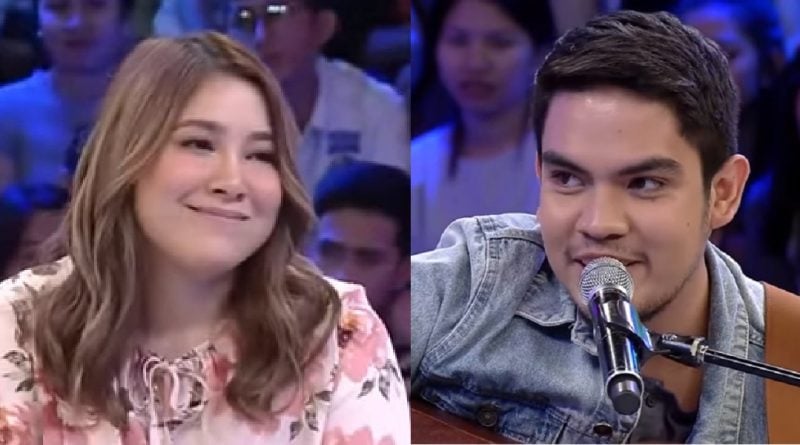 Fans of popular singer Moira Dela Torre were both surprised and touched after watching the music video of her song Tadhana, as it contains the wedding proposal video of her longtime best friend and beloved boyfriend to her.

In the recent episode of Gandang Gabi Vice (GGV), Dela Torre and her fiance Jason Marvin Hernandez shared the story behind the proposal.

She said the music video of Tadhana is really about her life.

[She thought we will just meet in the last part of the video but she did not know that I’ve asked the help of Kuya John while planning the music video.]

Proposal in a music video

The music video/proposal video, which got over half a millions views and trended on YouTube, has moved thousands of hearts.

He then knelt down and asked, “Will you marry me?”

And with all her heart, she agreed to start a new chapter of forever with him.

While here’s the engaged couple’s guesting in GGV: