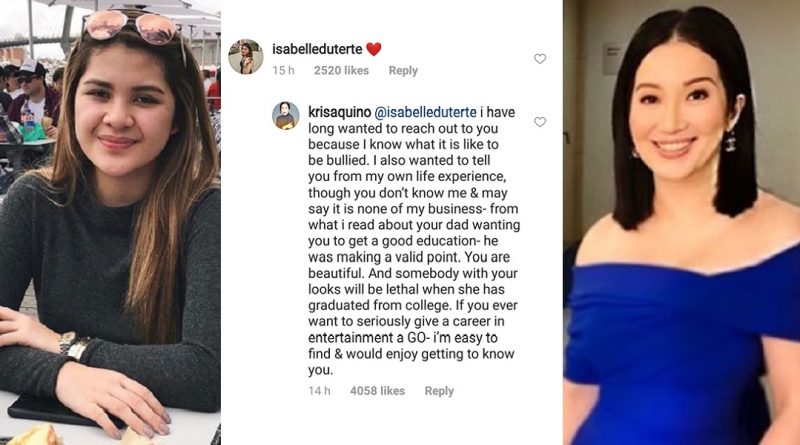 A short exchange of message between President Rodrigo Duterte’s granddaughter Isabelle Duterte and Queen of All Media Kris Aquino has touched a number of Instagram users.

On Instagram, Kris voiced out her sentiments on the photo-sharing app after broadcast journalist Korina Sanchez featured the former’s ex-husband James Yap on Rated K. The actress stressed how she helped Korina’s husband Mar Roxas when he ran for president during the 2016 polls and noted that the incumbent Philippine president really deserved to win that election.

Kris replied to the comment and told her that she has been wanting to talk to her because she knows exactly how it feels to be bullied.

“I also wanted to tell you from my own life experience,” she added; noting that she also want to give some life advices to the latter.

Kris also expressed willingness to help Isabelle build a career in the entertainment industry should the latter want to pursue having a place in the show business. 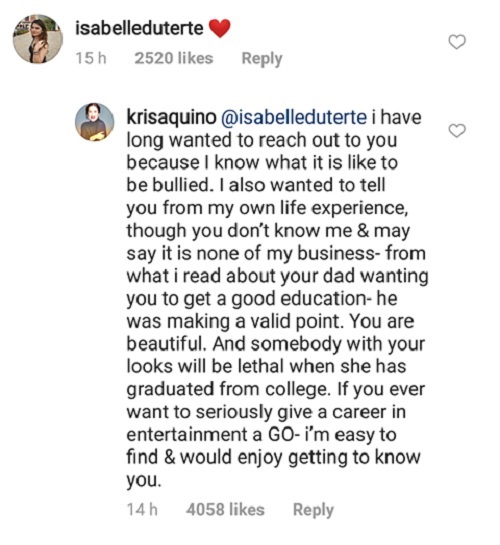