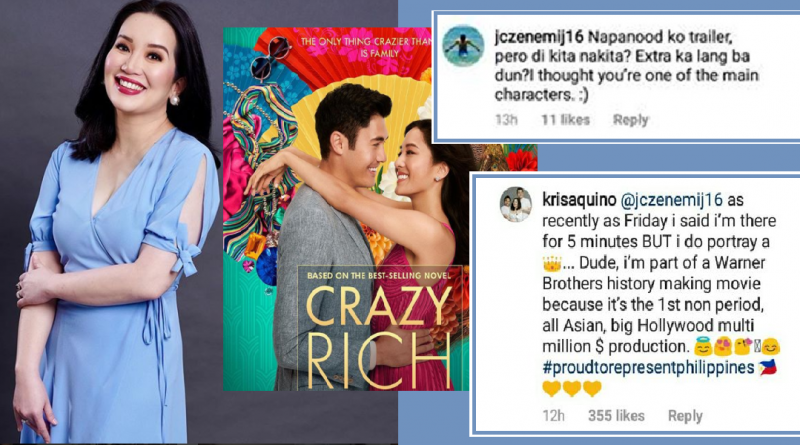 Kris also revealed that she will portray as a princess in the film during her interview on April 20 at the story conference of her Star Cinema comeback project “I Love You Hater.”

The movie trailer has been released and the actress recently posted a behind-the-scenes clip of the making of movie on her Instagram.

However, a netizen noticed that the actress was not there and asked if Kris was just an extra.

[I’ve watched the trailer, but didn’t see you. Were you an extra? I thought you’re one of the main characters]

The actress was quick to respond and clarified that she was only in the film for 5 minutes portraying as a princess but she’s still proud of it.

“Crazy Rich Asians” was adopted from the Kevin Kwan best-seller book and is expected to have its premiere this coming August.