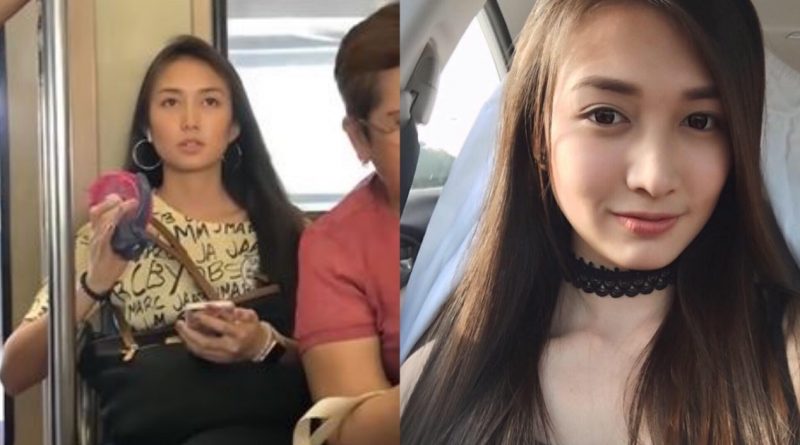 Let’s face it: it’s super traffic in Metro Manila. You cannot take buses or cabs if you are in a hurry or else, you will just be trapped in the middle of a traffic jam. The easiest mode of transportation? The LRT.

People make use of the Light Rail Transit to travel from one place to another in a short matter of time. Once in your many rides, someone or something will catch your attention immediately.

This story is about a viral video of a stunning and gorgeous woman who captured the attention of a netizen while riding the LRT.

According to Nigel Wen, she saw an angel who came on earth at an unexpected time, day, and place. After being smitten by the girl’s charms, Nigel started looking for the LRT girl’s identity.

Nigel also added that if ever she will be his friend on Facebook, he would be very, very happy as if he won the lottery.

To help find the beautiful LRT girl, another social media user uploaded a video in Youtube with the title “Magandang Babae sa LRT.” The said video attracted the attention of many netizens which received mixed reactions. Some feel that it is an intrusion of privacy while there are others who expressed their admiration to the girl.

According to some people, LRT Girl’s name is Nix Abracosa. Unfortunately, for the hopefuls out there, this beautiful woman is already taken.

What do you think? Is this against her privacy or it’s just pure admiration to the beautiful woman?