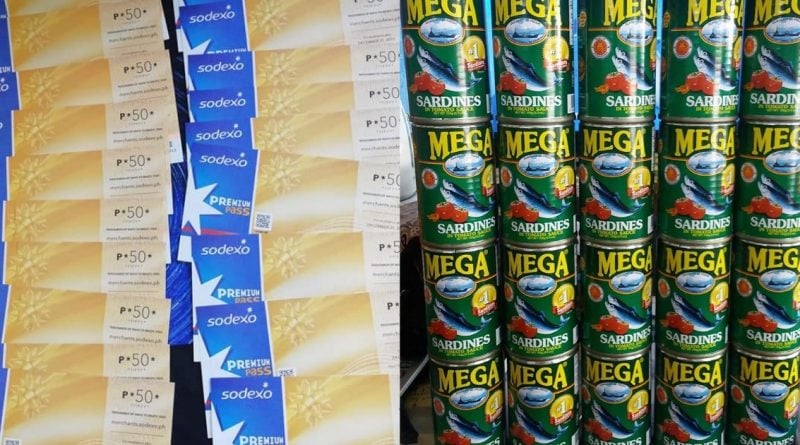 After President Rodrigo Duterte signed the executive order banning smoking in public in the Philippines, many smokers got surprised. For several years, we can see people smoking in public places like streets, restaurants, and sidewalks.

Because of penalties that the ban has, which includes a maximum penalty of four months in jail and a fine of P5,000, many smokers became more disciplined. Gone are the days when you will suffer from second-hand smoke while walking on the street. Many smokers are also apprehended.

Other than being disciplined when choosing the places to smoke, don’t you know that you can also earn freebies by collecting a cigarette case instead of just throwing them away on the street?

Recently, a Facebook user named Faith Sy Romero urged other people to collect the cigarette case, also known as “kaha” of Marlboro Black and Blue. For every 10 pieces of kaha, you can get a free shirt. Faith grabbed 6 pieces of these shirts, which according to her is nice and thick, after exchanging 60 pieces of kaha.

She also added that Fortune cases can also be exchanged for other goods. Manufacturers are “buying” these cases per kilo in exchange for Sodexo gift certificates. These certificates can be used to pay for your groceries or a meal in Jollibee. She’s indeed lucky since she was able to get P1,000 worth of GCs.

How to Exchange It?

According to Faith, there is a Philip Morris-Fortune Tobacco Corporation (PMFTC) truck roaming around their streets in San Juan every Tuesday.

Meanwhile, another netizen proved that you can exchange cigarette cases for freebies. According to Myrwyne Peria, PMFTC was giving away coffee in exchange for different cigarette cases before. However, since there are many people who are tricking their way into earning more, they only accept Fortune now.

For every kilo of Fortune empty cases, you can get 40 pieces of Mega sardines.

She urged other people not to cheat so the promo will last longer. 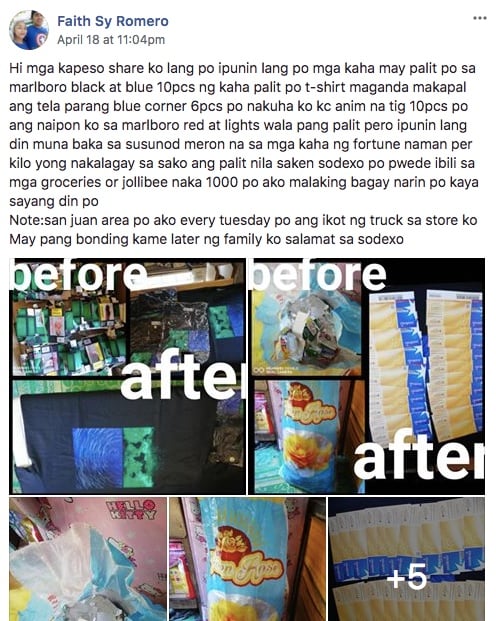 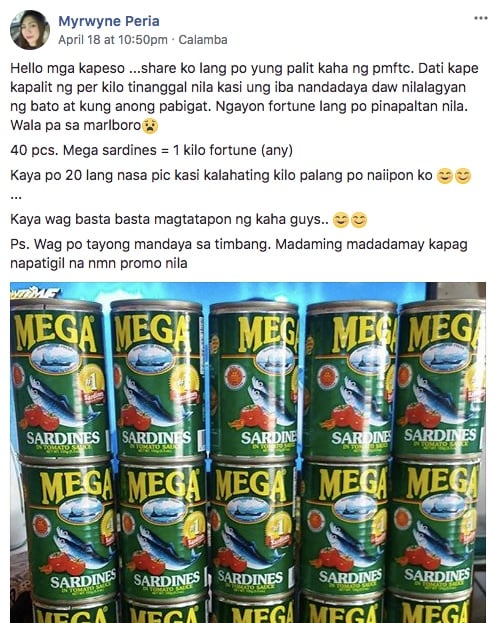 Although we don’t urge everyone to smoke because it is bad for our health, this is a good initiate of PMFTC. Instead of just throwing away those empty cigarette cases, sari-sari store owners can earn a living or treat their family.