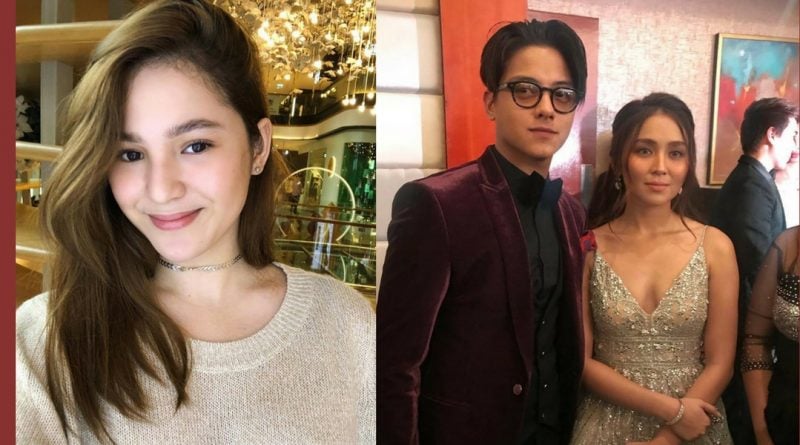 Barbie Imperial clarified that there’s no rift between her and the KathNiel loveteam.

[KathNiel and I are okay. Even on the set, we play Mobile Legends.]

This came after Barbie’s boyfriend, Paul Salas, had a ‘Twitter war’ with Daniel Padilla and his friends Marco Gumabao and Pat Sugui. Salas’ comments on Padilla’s basketball ‘incident’ with JC de Vera, irked Padilla that led him to challenge Salas on a basketball game.

Barbie clarified that she was not part of the issue, “Hindi po kasi ako kasali dun. I mean kung nagkaproblem man sila, hindi po ako kasali at hindi po ako sinali ng KathNiel.” [ I mean, if they had a problem, I was not involved and KathNiel didn’t involve me.]

She also added that as a girlfriend, she sided with Paul but Kathryn never made her feel she was part of the conflict.