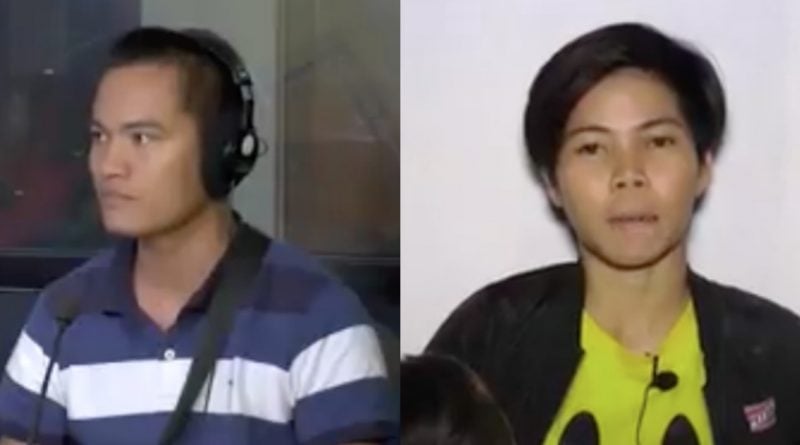 Serious marriage or relationship problems do not happen overnight. Often times, people patiently wait for the problem to be resolved. According to research, people live in misery for six years or longer before asking for help. Most people who leave the marriage or the relationship never receive help at all. They just leave their spouses or partners behind.

With nowhere to go and nobody to ask for help, Jefferson Alfaro went to Raffy Tulfo in Action and asked the public service host, Raffy Tulfo, for help to contact his former partner.

According to Jefferson, he wants to talk to his live-in partner of nine years, P01 Rosedy Piedad. After arriving in Manila from Zamboanga, he was surprised to see that his former partner is already in a relationship with a coworker. When he went to her house, Rosedy’s boyfriend pointed a gun at him.

But the story is different when Tulfo asked the policewoman’s side. According to her, they broke up in front of his father before she went to Manila, to which he agreed. Jefferson also held her as a hostage in their own house.

Tulfo explained further that he cannot help both parties because there is no solid proof and they are not married. He also clarified that the one-year-old baby should stay on the mother’s side.

Different Side of the Coin

Before the show ended, Rosedy pleaded to get her child, to which Raffy agreed. According to her, Jefferson is not employed and she’s the one paying for his school expenses.

The policewoman also added that she broke up with Jefferson because other than being unemployed, he’s addicted to online games, particularly online casino.

Although the story did not end happily, the two ended up with an agreement regarding the welfare of their child.

What will you do if this situation happens to you? How will you deal with your partner?