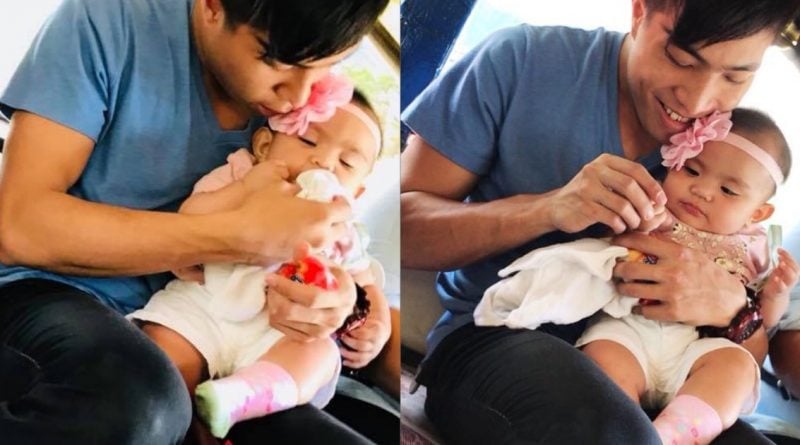 When we think of a nurturing parental figure, most of us would think about mothers. For centuries, fathers are working for the family. However, with the evolving world, even modern dads are taking a fair share of the work by raising their children.

A video is now gaining recognition on social media after a Facebook user took the moment when a father is taking care of her daughter lovingly and selflessly.

Hoping to inspire other people, Facebook user Aes Maglente Franco uploaded a video of a father whom she rode with on her way to Anonas, Quezon City. According to her, the jeepney is crowded since it’s early in the morning and the unnamed father is confused where he will put his bag.

Regardless of the situation, he still managed to take care of his child. He is holding her baby girl gently while trying to play with her. He also fed her with milk, even if they’re on a moving vehicle.

Due to the number of people trying to question the video’s credibility, Franco clarified that she talked to the father before they parted ways. According to him, he’s the one taking care of the baby in the morning while his wife goes to work in TIP.

She also noticed that the slacks that he’s wearing are full of stitches especially in the back part. However, she knows that this scenario proves that no matter how rich or poor you are, it’s all about the love for the children.

Are you inspired by the video too? Because we sure are!