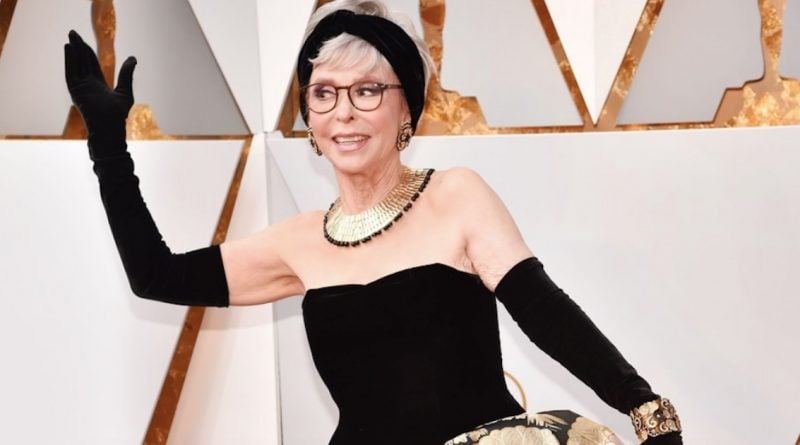 There are only 12 people in history to have won a Grammy, Oscar, Emmy, and Tony: one of them is Rita Moreno. The 86-year-old actress made her return to the Oscars red carpet looking seriously classy and stylish.

The actress, singer, and dancer graced the red carpet wearing the exact same dress she wore when she accepted her Oscar win back in 1962 for her film West Side Story. During her interview with Ryan Seacrest during the E! Broadcast, she revealed that she did not have any idea that she is going to win the Best Supporting Actress for her role in West Side Story. She flew in all the way from Manila, Philippines, where the stunning gown was made.

I had no idea I was going to win, I was sure it was going to be Judy Garland for Judgment at Nuremberg. I flew in from Manila in the Philippines just in case, which is where this gown was made.

Return of the Iconic Dress

Rita thought it’s time for the gown to make a comeback so she decided to wear it for the Oscars this year. The Puerto Rican actress flew in from the Philippines where she said she’s “making a really crappy World War II movie, playing yet another native girl.”

But this is a fun fact about the dress: It’s proudly Filipino-made! The dressmaker in Manila is no other than Jose “Pitoy” Moreno.

The actress hopes that Jose is watching and gets to see the extraordinary dress again (unfortunately, the film costume designer passed away this year, January 15, due to heart attack). Rita said that the dress has been hanging in her closet ever since and needed a bit of adjusting in the back so she can wear it to the Oscars.

The skirt was made from a single piece of obi fabric, which is traditionally used to construct kimonos. Unlike the first time she wore the iconic dress, this time, Rita accessorized it heavily by wearing a black headband, chunky bracelet, black and gold collar necklace, and earrings. She did not forget the elbow length gloves that she also wore back in 1962.

Filipinos are really talented, right? From singing to acting and fashion designing, we are proud to say this: Proud to be Pinoy!