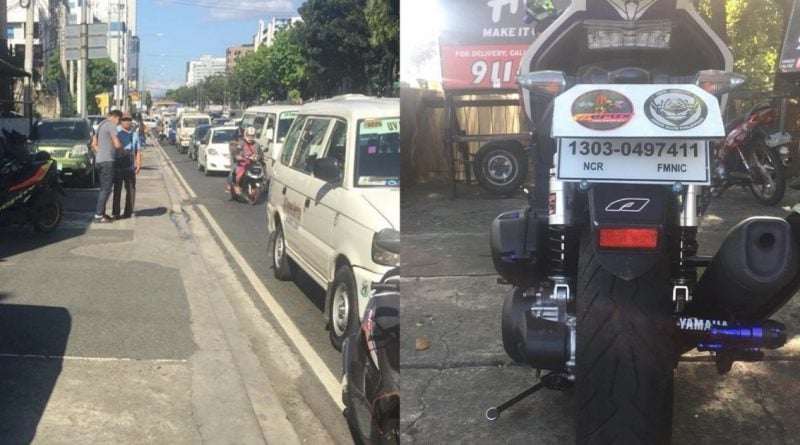 Road accidents cannot be prevented. Road accident is the most unwanted thing to happen to any road user, although it might happen quite often due to rush hours, people wanting to reach their destinations faster, and drivers who don’t mind other people.

Most of the road users are aware of the general rules and safety measures when using the roads, but still, accidents cannot be prevented. One of these road accidents that turned into a major, unwanted drama happened to Ross Nebre.

Accident Between a Motorcycle and a UV Express

According to Ross, he faced a road accident in Quezon Avenue. While the UV Express is already speeding up, a woman wearing yellow suddenly opened the door, causing the door to hit him and his motorcycle. The driver of the UV Express checked if he is okay but the woman who caused the accident just stayed inside the vehicle.

Although Ross and his motorcycle only suffered from minor injuries, he asked the woman to take him to the hospital, to which the woman agreed. The police, who was there to check the incident as well, agreed to leave since the two parties already made an agreement.

However, the problem started when they reached the hospital. While talking to someone on the phone, the woman decided that she doesn’t want to pay for the hospital bills. Instead, she handed him PHP1,000 and told him to do everything that he wants.

Start of the Problem

Suddenly, a group from Aerox Quezon City appeared and someone, addressing himself as the president of the group, started shouting at him. When he informed him about the agreement, he shouted again:

When they went back to the place of the accident, the person still continued shouting at him.

Since he can’t take it anymore, Ross showed his wallet to the president, telling him that it’s his payday so he doesn’t need the money that he is saying.

Ross also added that while they were talking to the Barangay official, the same person shouted at the Barangay Official several times. According to Ross, he’s also bragging that he knows Colonel Bawto of the Intelligence Group ng Camp Caringal.

Ross posted another update regarding the incident. According to him, the president of Aerox named John Manalo Paminutuan sent him a message cursing him and saying that he is just lying to play victim.

The said person even posted a photo of him carrying a gun, with the status “Gusto mo barilin kiting mahirap ka?” 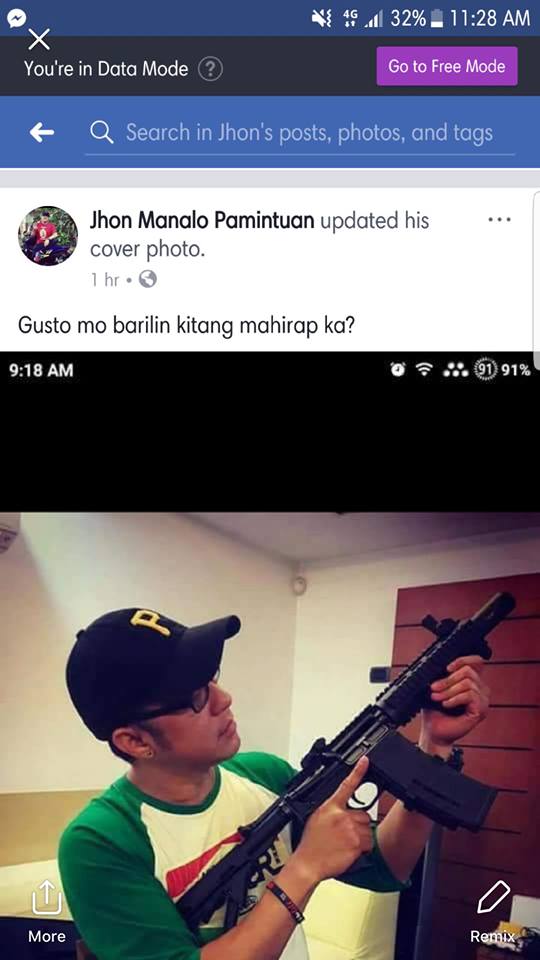 Who do you think is the problem here?