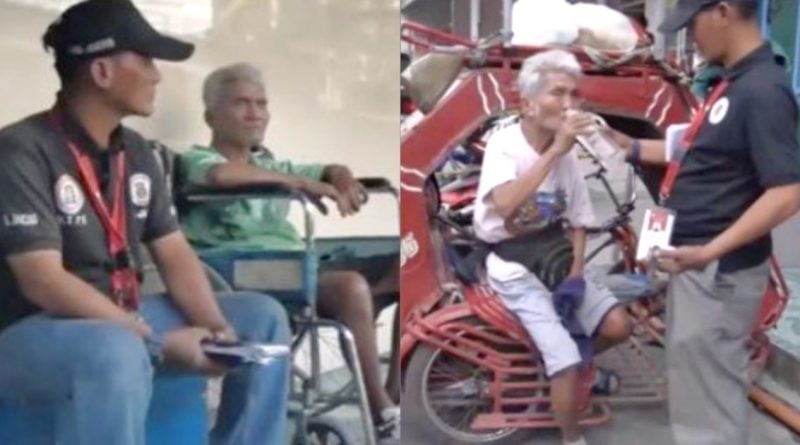 Many of us anticipate the task of taking care of our aging parent. However, there are more who are still denying the fact that we need to take the caregiver role. From paying the parent’s hospital bills and medicine to consulting with the doctor and constant preparation for the next stages in your lives, some children view this as a burden rather than giving back to the people who sacrificed for us.

As children, we experienced the unquestionable love and sacrifice of our parents. They worked, provided, guided, and took care of us. However, as they grow older, they can no longer work and their bodies will start to give up. Should we return the favor?

If you will ask parking attendant Gilbert Jacob, he will immediately answer you with a big “yes.”

Gilbert’s father, Romy Jacob, suffered and survived two strokes. Romy served as the pillar of the family when Gilbert was younger. He provided guidance and worked hard for the family.

Gilbert is currently working as a parking attendant at the Manila Traffic and Parking Bureau. He is not only working hard for himself, he is also earning money for his father’s needs while providing the care and love that his elderly father deserves.

Sacrificing For His Father

To provide enough for the family, Gilbert also sidelines by cleaning cars and by selling balut. Although he doesn’t have a family of his own right now, he is working hard for his father.

Since he doesn’t want to be a burden to other people, Gilbert choose to bring his father to work so he can care for the old man while he’s earning a living at the same time.

Most of us know that taking care of our sick parent is already a heavy cross to bear but this loving son didn’t let it get to him. He is trying his best to take care of his father, even if it means hardship and sacrifices for him.

Would you do the same thing that Gilbert is doing for his parent?